Director Russell Crowe.  Sounds a bit strange, doesn’t it?  Russell Crowe has starred in a ton of films, and it feels like he is trying to bring each of his characters into this movie.  Unfortunately, that means it tends to lose its way throughout; it never gets a chance to find it’s identify.

‘The Water Diviner’ is billed as story of a father who is determined by love to find his sons who presumably died at war.  This sounds like a really emotional set up in theory, but the film, in its severe disjointedness, never allows us to form any bond with the characters.  We see Crowes son’s in a couple of flashbacks (some of which are really well directed battle scenes), but we can hardly remember which one is which when we see them.  Half of the time I forgot why the hell this guy was searching old battlegrounds in Turkey to begin with! 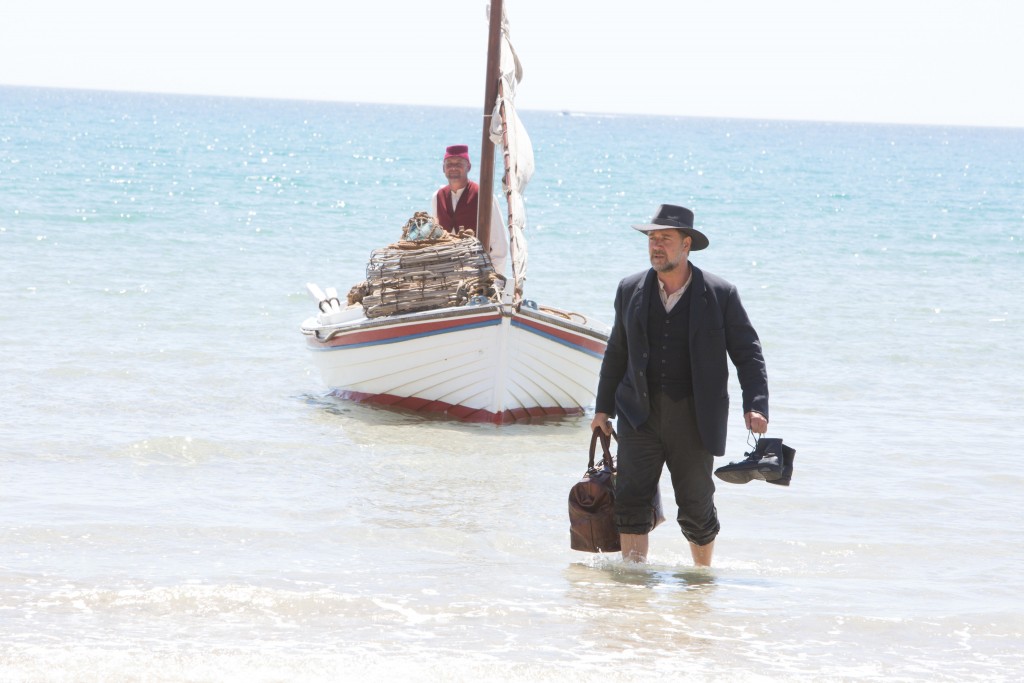 There is also a very predictable love story thrown in that is terribly out of place, some comic relief when there is need for none, and the quintessential “Western ideals are greater than any other” theme throughout.

The biggest downfall has to be the script.  You’ve seen it a hundred times before, and it is littered with very poorly chosen clichés.  Crowe can direct himself just fine, he seems to have an eye for setting up pretty shots, and the supporting cast is believable enough, but nobody comes out with anything breakthrough.

It’s not a bad film; you’ve just seen it before.  I’d pass on this and chalk it up to an experiment in actors turning into directors.  I couldn’t stop thinking of Russell Crowe yelling “Are you not entertained?!?!?!”, and then having the audience respond with a resounding “No!  Not Really!”