Clouds of Sils Maria opens as Maria Enders (Juliette Binoche), an accomplished actress, is headed to Zurich to accept an award on behalf of the director, Wilhelm Melchior, which launched her career with his play, Maloja Snake.  She travels with her personal assistant, Valentin (Kristen Stewart), who does everything for her as well as run lines with her and judge the depth of the characters and the scripts.  On their travels, they meet a director, Klaus Diesterweg (Lars Eidinger), who was working with Wilhelm wants Enders to act in the sequel to Maloja Snake.  Diesterweg does not want Enders to reprise her role as Sigrid, but as Sigrid’s lesbian lover, Helena.  Helena is the opposite of Sigrid and is much older thus springs Enders’ reluctance to accept the role.  A young, forthright, and darn right scandalous actress is to take the role of Sigrid, Jo-Ann Ellis (Chloë Grace Moretz).

A truly mysterious yet integral character of this story is the Maloja Snake of the Engadine, the largest and longest Alpine valley.  When the conditions are just right a massive movement of this dense cloud formation, majestic and stirring to the soul, winds in and out of the grand Swiss Alps.  The Maloja Snake is real and exists to this day in that very valley.  I hope to someday cast my eyes on its resplendent beauty. 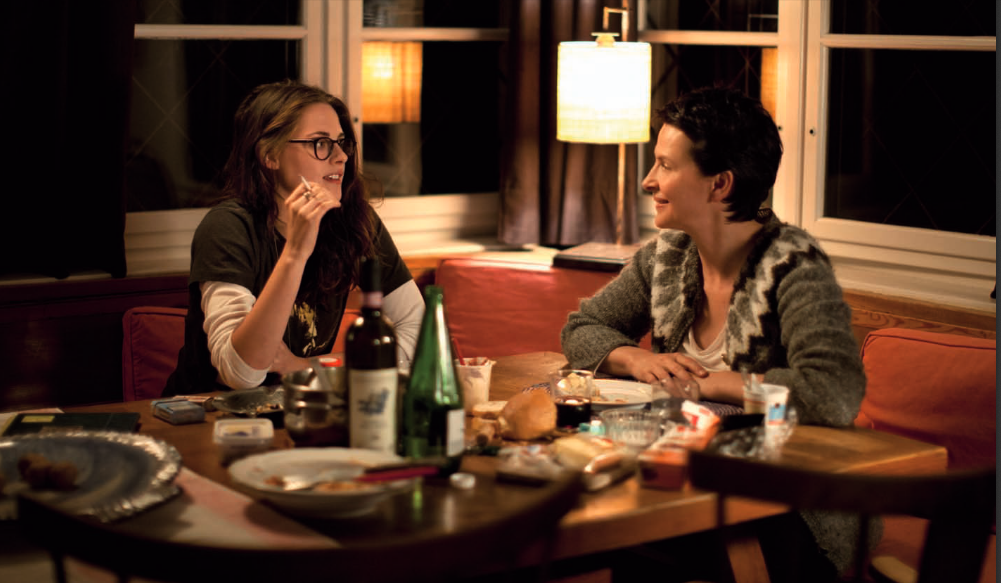 Juliette Binoche, as I have said before, is one of my favorite actresses, ever since I saw her as Katherine and Kathy in Wuthering Heights.  She has a grace and depth of feeling that elevates even the weakest of scripts.  Binoche is timeless and as such was ideal for the role of Enders.  Kristen Stewart does solid work.  I believed her as Bella Swan in the hugely successful Twilight series and even more so as Valentin.  Juliette Binoche and Kristen Stewart have great chemistry on screen that walked the delicate border of sexual tension at times.  Laughing, drinking and frank conversation made for delightful banter between the actress and her personal assistant.  Chloë Grace Moretz was quite convincing as this spitfire, slip of a girl.  After seeing her as shy Carrie White, this is a complete 180°.  Moretz should prove a fine actress as she continues in her career. 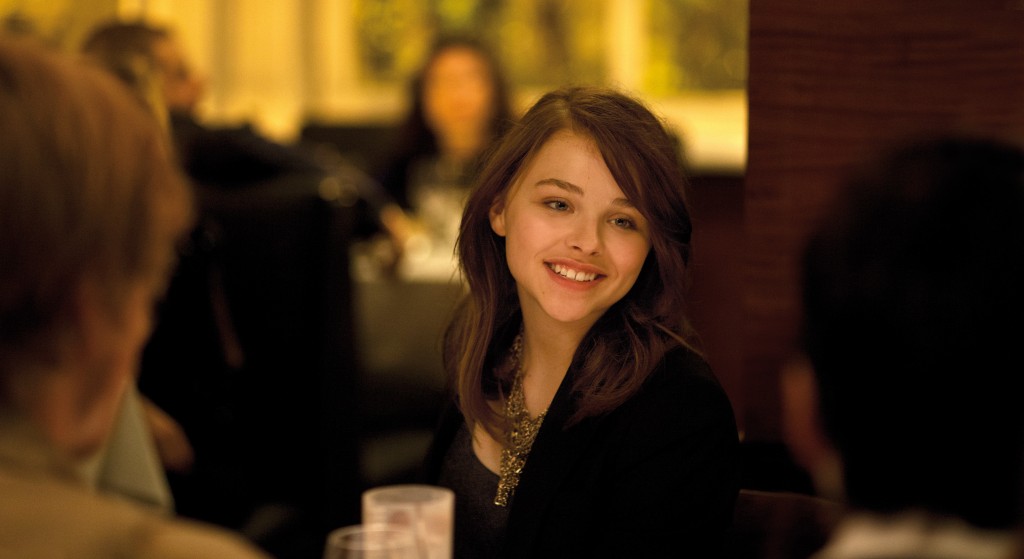 Clouds of Sils Maria is not for the viewer that wishes to be spoon-fed a story.  No roadmap or instruction manual is available to guide you through the depths of this mysterious and in your face journey.  The landscape may have been a little more of a presence than was warranted, but it was still breath taking.  A bit of humor exists as well especially when Enders and Valentin start drinking.  Sophisticated yet raw, abrupt and strange in composition, Clouds of Sils Maria is a wondrous abstract puzzle. It is an odd tale that leaves you wanting more. I will continue to ponder its plot for some time.