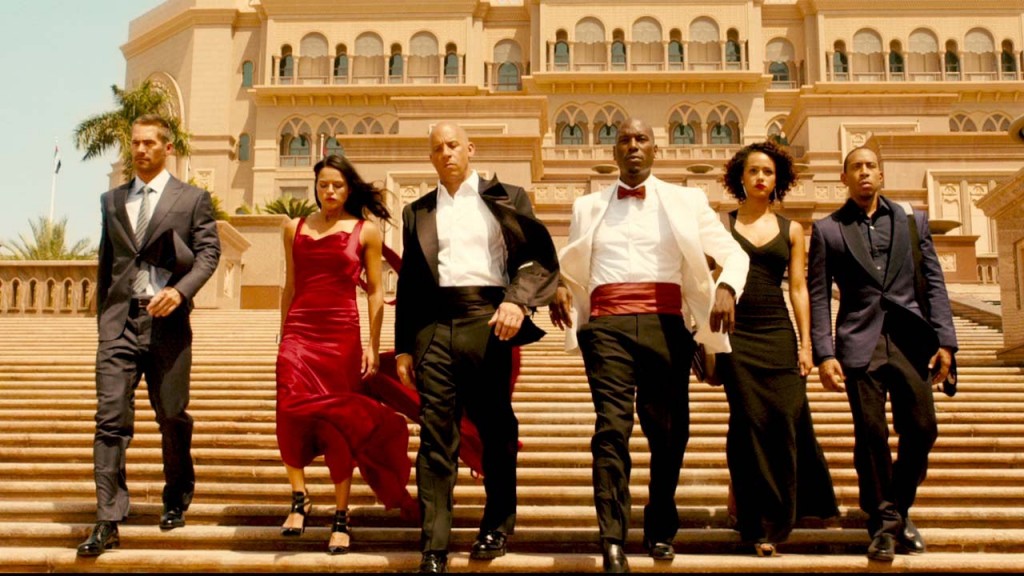 It’s difficult to talk about ‘Fast and Furious 7‘ or how it’s billed ‘Furious 7‘, without mentioning the tragic accident that cost actor Paul Walker his life back in November. This accident was not part of filming, but did drastically change the story line and halted production for quite a while. Walker had not finished filming his scenes, but you wouldn’t know it, as the filmmakers used a combination of amazing CGI and stunt doubles to add him through the entire film. It’s seamless and flawless in that aspect, and yes, there is a very moving tribute to him at the end of the film, which might cause you to choke back a few tears. I know I had too.

It has been 14 years since the first ‘The Fast and Furious‘ film graced our screens, and who would have thought that it would be the powerhouse franchise it is today. The first film back in 2001 cost $38 million dollars, which is pretty cheap for a big action film. Cut to today with ‘Furious 7‘, the budget has gone up to $250 million and has added a string of A-List actors to this high octane world, including Kurt Russell, Jason Statham, and The Rock. Whether or not you’ve seen any of the ‘Fast and Furious‘ films, you’re going to have a great time with ‘Furious 7’. Do these films have smart dialogue or lengthy story plots? No, but that’s not the reason for seeing these movies. Instead, you get a treasure trove of fast cars, big explosions, fantastic actions sequences, and fun performances by each actor. ‘Furious 7’ picks up right where part 6 left off, where an over-the-top villain who seems to be able to take on armies of people with his barehands by the name of Deckard Shaw (Jason Statham), is after the ‘Fast and Furious‘ team for putting his brother in a vegetable state in a previous film.

He has promised to kill each and every member of the team. Meanwhile, there is a security surveillance program called the ‘God’s Eye’, which can tap into any satellite or camera and find anyone with in a matter of seconds that an underground branch of the FBI wants. This branch is run by Kurt Russell, who tells Dom (Vin Diesel) and Brian (Paul Walker) to rescue the hacker who created the program (Nathalie Emmanuel) from a group of terrorists, which in turn they can find Shaw before he can kill them.

I know, I’m exhausted after explaining that too. ‘Furious 7’ spans a few different countries and an avalanche of multi-million dollar cars that would make James Bond excited in more than one way. Director James Wan (‘Saw‘) has perfectly concocted one of the ultimate action films that uses fast cars, big guns, excellent fight choreography, and giant explosions to keep the 132 minute film keep its super fast pace. There are a few melodramatic moments from time to time, but it’s done in a good way, so that we can grow closer to the characters. If you can get through the stinky cheese one-liners throughout, which make you laugh more than anything, you’re going to have an excellent time here. 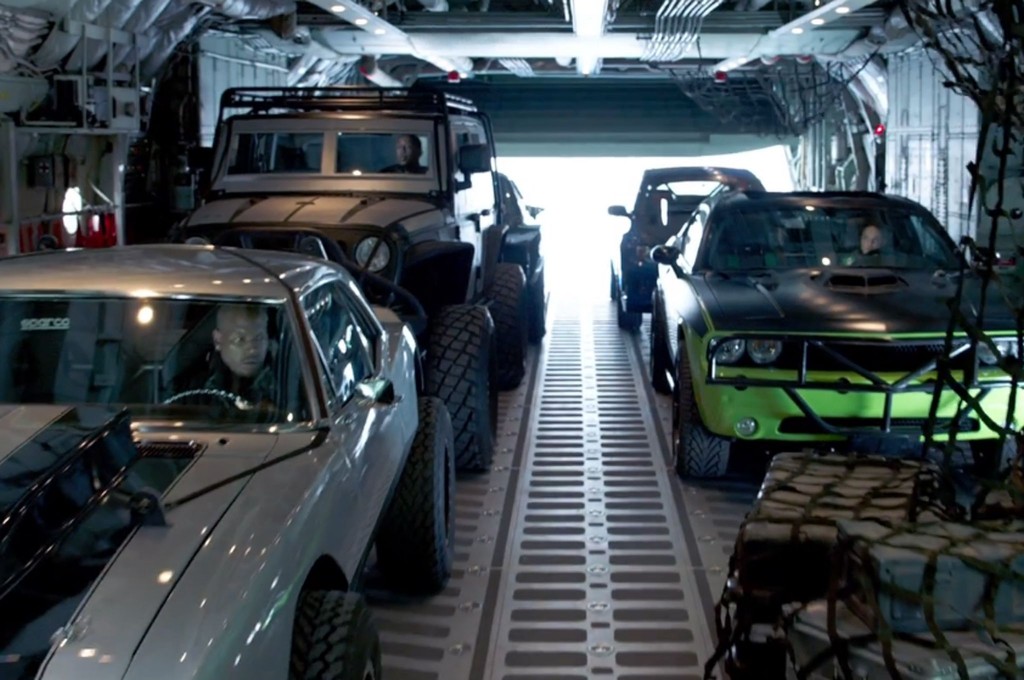 On a side note, I’m so glad they added Thai film star Tony Jaa to this film. I’ve been waiting for him to show up in the US for so long, and I hope he is here to stay, because his fight choreography and talent is some of the best out there. Don’t believe me? Check this clip out. ‘Furious 7‘ keeps its laughs, charms and cameos flowing, and even though Paul Walker is gone, there is no sign of stopping this franchise, which is a good thing. Let it be said now, ‘Furious 7‘ is the first big action film of the early summer. Go see it.