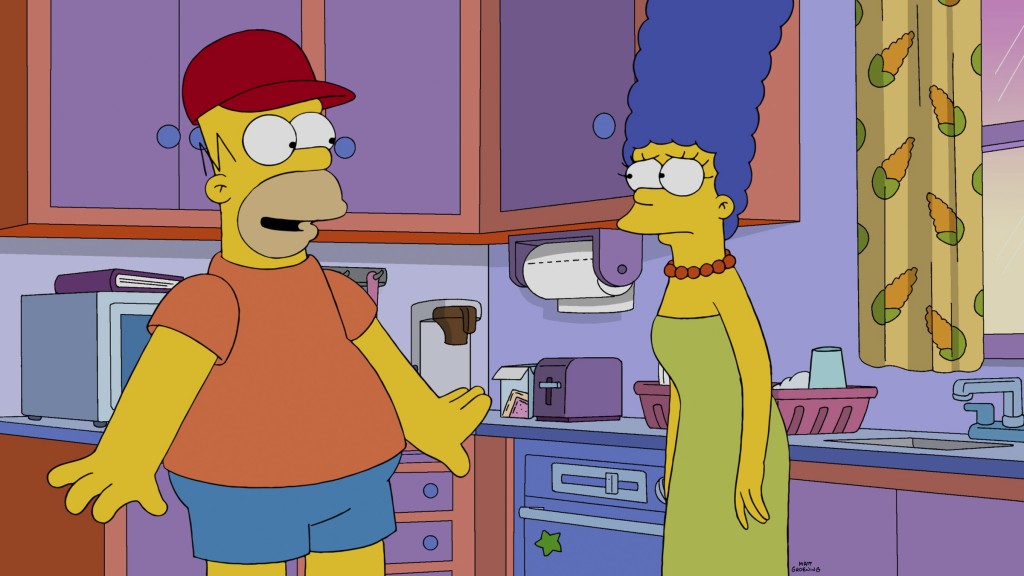 Director Judd Apatow (‘Knocked Up‘, ‘Freaks and Geeks’, ‘40 Year Old Virgin‘) wrote a ‘Simpsons‘ script back in 1990, which was when he was just 23 years old. Also back in 1990 was when ‘The Simpsons‘ first aired as its own series apart from the ‘Tracey Ullman‘ show. When Apatow wrote the script, the series was just six episodes in. Whatever happened to this script? Well since Apatow back then wasn’t known in the business, I’m sure the Fox execs didn’t pay attention to his screenplay.

But since the director has made tons of money for Hollywood over the last decade or more, his long lost script is finally seeing the light of day. And it’s as soon as January 11th. That’s right, Apatow’s ‘Simpsons‘ script titled ‘Bart’s New Friend‘ will air next Sunday on Fox in which Homer becomes hypnotized to believe he is ten years old, which is the same age as his son Bart. Well, Bart and Homer become best friends where Homer doesn’t want to snap out of his hypnosis and become an adult again. In an interview with TV Guide, Apatow discusses why the script took 25 years to make it to television and what re-writes happened.