Waltz will play the main villain, Oberhauser with Bautista playing Mr. Hinx. Bellucci will be Lucia Sciarra and Scott will play Denbigh. Hoyte Van Hotyema has been set as cinematographer whose recent film was ‘Interstellar‘. And the new car was specifically designed for this movie, which will be the Aston Martin DB10.

The logline for the new film is: “A cryptic message from Bond’s past sends him on a trail to uncover a sinister organization. While M battles political forces to keep the secret service alive, Bond peels back the layers of deceit to reveal the terrible truth behind SPECTRE.” 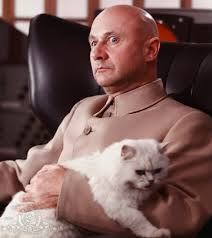 So what is ‘Spectre’? It’s an acronym for ‘Special Executive for Counter Intelligence, Terrorism, Revenge, and Extortion’. It’s a global crime organization, which was led by evil guru Ernst Stavro Blofeld in the old novels. Dr. Evil from the ‘Austin Powers‘  films was very similar to Blofeld. There had been rumors that Waltz would play him in the new film, but with this announcement, it seems like he won’t. But, remember when Benedict Cumberbatch played Khan in the recent ‘Star Trek‘ movie, but nobody knew about it until he revealed his true name in the middle of the movie? It might be that type of situation.

Either way, this is going to be BADASS! Now, who is going to do the song this time around.