‘The Crow’ Finds Its Director Again! 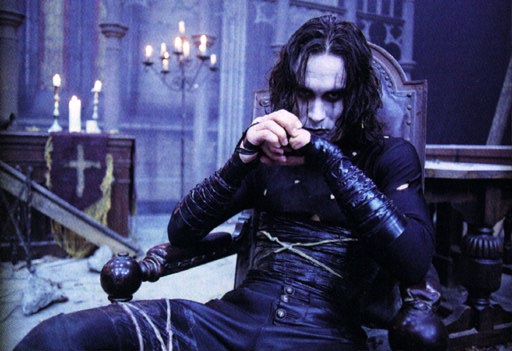 After a long hard battle, we are finally getting that ‘Crow‘ remake we have been wanting for years. You can almost hear James O’Barr screaming now, right? Yes, ‘The Crow‘ is being remade by Relativity Studios. The original came out in 1994 and was directed by Alex Proyas and starred Brandon Lee, the son of Bruce Lee, who tragically and mysteriously died on the set of this film. There has been a few sequels after it, but none have lived up to the original.

Well, a little a while ago, Hollywood thought it was time to reboot it and they hired F. Javier Gutierrez to direct. He directed ‘Before the Fall‘ back in 2008 and has a small resume so far. However, he left this ‘Crow‘ project to direct the next installment of the horror film ‘The Ring‘, which is called ‘The Ring 3D‘. I know, I’m not excited either.

So Relativity has hired Corin Hardy to helm the project. Hardy hasn’t really done anything, as this will be his first big project. But Hardy has definitely made and impression, because Edgar Wright recommended him for the job. Gutierrez will still be an executive producer with O’Barr pissing and moaning as a consultant on the project. I don’t see that going well at all.

Filming begins next spring with a script by Cliff Dorfman who is an actor and wrote a few episodes of HBO’s ‘Entourage‘. I sure hope they get this one right, because I’m ready for more ‘Crow‘ and goth.