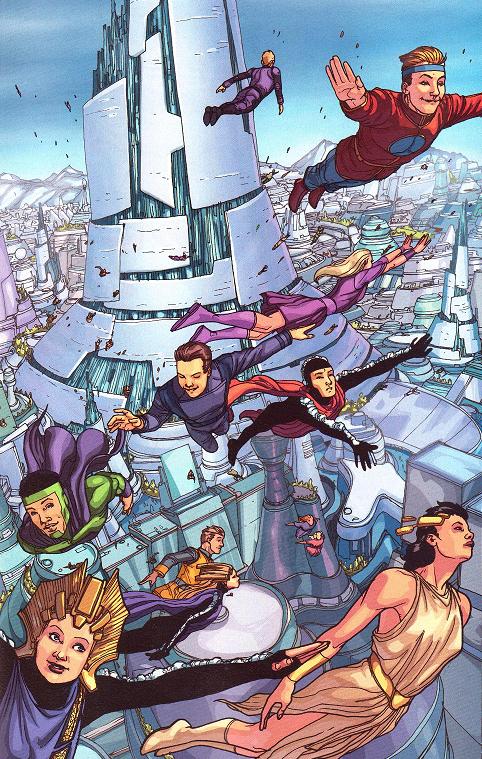 There’s a new comic book series on the horizon, and it doesn’t really even focus on one of our most loved heroes, but an ancestor of his. Where ‘Gotham‘ tells the stories of a crime-riddled city and it’s citizens, ‘Krypton‘ will focus on the planet and it’s inhabitants before Superman’s birth.

If you’re jumping into the world of Kal-El, there’s one man that seems to know quite a bit about how to take the DC comic book world and make it sing on cue – David S. Goyer. He has a background in writing some butt-kicking action films like the ‘Blade‘ franchise, the Christian Bale ‘Batman Begins‘ series, ‘Man of Steel‘ and the upcoming ‘Batman V Superman: Dawn of Justice‘. Granted, Blade is from Marvel, but he has some serious history in the DC Universe.

‘Krypton‘ is to take place years before our Superman is even born. The show will be focusing on the House of El, in particular Kal-El’s grandfather, as he brings hope and equality to inhabitants that are in complete disarray. Goyer will executive produce alongside Ian Goldberg, the pair created the project and will serve as executive producers while a solo Goldberg will write the script. 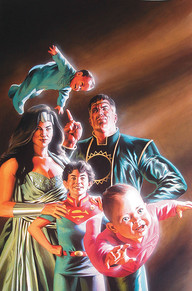 In addition to ‘Gotham‘ and ‘Krypton‘, comic book series are all the rage, popping up on nearly every station and network in existence, ‘Arrow‘, ‘The Flash‘, ‘Agents of S.H.I.E.L.D.‘, and ‘Constantine‘ are among some of the big names leading the way in a super fashion. This is not the only series with comic book roots in development, either. ‘Titans‘ is a drama based on a group of before-they-were-supes in a pseudo-Justice League project. These characters jump from the inked pages of DC comic books and include Dick Grayson (the original Robin) who becomes Nightwing, the head honcho for the blend of heroes. The CW is playing host to ‘The Flash‘ and ‘Arrow‘ with a version of ‘iZombie‘ in the pipeline and a take on ‘Supergirl‘ is testing leads. ‘Krypton‘ is heading to Syfy as the cable channel is changing up it’s programming to get back to their sci-fi roots. With the love and demand for superhero stories, this program will be a welcome addition to the stable of small-screen gems and one that DC can be proud of.