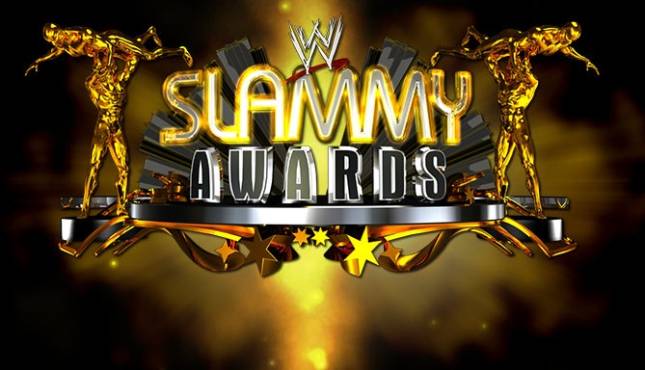 Match of the Year

The Shield vs. Evolution – Extreme Rules

Of course I disagree with this one. Seeing my beloved Authority lose was brutal enough. Now to see it celebrated? Sting should have minded his own business and left nature to take its course. The Authority would still be in power if not for that meddling Scorpion! My pick was the Shield vs Evolution. Why? Because I love the Shield and more gold given to Seth Rollins is never a bad thing.

WWE Superstar of the Year

Yet another one I disagreed with. And no I’m not a Roman hater. I love Roman. But Seth deserved the win. And I say this as impartially as I can. Who has been there night in and night out? Who gives everything he has no matter if it’s a televised show or not? Who has been in the main event scene since he Bought In? Everyone he works with shines with him and that’s what makes a superstar great. This one belonged to Seth Rollins.

WWE Diva of the Year

I approve. AJ kicks ass. Now friggin chant her name and not her husband’s people!

LOL Moment of the Year

It’s a no brainer. Damien Mizdow is the funniest thing on WWE programing. His chemistry with the Miz is amazing. The WWE has stumbled onto gold with this.

Extreme Moment of the Year

I was torn with this because of my Jericholism. I mean the man flew off the cage onto Bray Wyatt. Totally Epic. But really, Seth Curb Stomping Ambrose through cinder blocks was my Extreme Moment of the Year.

Surprise Return of the Year

The Rock returns to interrupt Rusev and Lana on Raw

Not the one I voted for, but I’m not unhappy with the result.

“This is Awesome” Moment of the Year

Stephanie McMahon gets arrested and taken away on Raw

No! No! No! Stupid Sting broke my heart and started a blood feud with me. Just sayin… Ivoted the Yes! Movement Occupying Raw. Don’t judge, it was cool.

OMG Shocking Moment of the Year

Seth Rollins turns on The Shield on Raw

How could Seth destroying the Shield not take this one?! Okay sure, the streak was broken, but SETH DESTROYED THE SHIELD! The most dominante faction to hit the WWE in years. And the fact it was Seth who did it. Unexpected and heart wrenching. I had to take a week to recover from it. And then I bought in to the evolution of Seth Rollins and all was right in the world again.

The Rock insults Rusev and Lana on Raw

Okay, this was funny, but it should have gone to Jericho. No one insults quite like the Ayatollah of Rock and Rollah!

WWE Tag Team of the Year

That is who I voted for. As a team they really shown out this year. Show stealing matches and a decent tag title reign to boot.

Breakout Star of the Year

Again a torn heart on this. Can’t say I’m not happy for Dean, but is it any surprise to anyone that again I think Seth should have won this? Night in, Night out, there he is working harder than anyone else. No time off filing movies or recovering from injuried. Seth Rollins was robbed yet again of the gold that is rightfully his.

Hashtag of the Year

Got my stamp of approval on this one. Cuz RKOs Outta Nowhere are cool.

“You Sold Out” – Seth Rollins

“We The People” – Jack Swagger

“He’s Got the Whole World in His Hands” – Bray Wyatt

Two guesses who I voted for, the first one doesn’t count. And by the way, he Bought In. 😉

Double-Cross of the Year

The Authority turns on Randy Orton on Raw

Seth Rollins betrays the Shield and joins The Authority on RAW

Mark Henry turns on his friend, Big Show, on Raw

If this hadn’t of won, I would have started a riot that would still be raging, just with no looting or injuries, and probably no police participation. Mainly because it would be an online rant fest. Because really, this betrayal was the most devastating in all my WWE life. It still hurts to watch man!

Animal of the Year

Mizdow was my vote. Didn’t think he would win, but he had my support! WE WANT MIZDOW!

NXT Superstar of the Year

Anti-Gravity Moment of the Year

Seth Rollins dives off the balcony at WWE Payback

And Seth again showing how awesome he is by picking up another gold. No one does it like the undisputed, living breathing future of the WWE.

Faction of the Year

Again, no brainer. And yet more gold for Seth Rollins. I’m totally okay with this.

This was obvious. No one cracks me up more than Dolph does on the Twitter. When he the air lines lost his luggage (and the IC title in it) it was a roller coaster of emotion and by far the most fun on twitter that I’ve had in a good long while.

Raw Guest Star of the Year

I won’t lie, I voted for the hottest one on the list. And he won!!

Rivalry of the Year

The Shield vs. Evolution

Daniel Bryan vs. The Authority

Rusev vs. The USA

Seth and Dean not winning this is just stupid. It was the best rivalry of the summer and has the opportunity to be revisited in the future. Their rivalry is one of the best in WWE history. Daniel Bryan vs the Authority not so much.

Best Couple of the Year

I voted not for Bella and the goat, but for a true power couple. A couple who was screwed by Sting out of their rightful place as the Authority. Triple H and Stephanie have survived it all. And mark my words, the WWE Universe will be begging for them back!