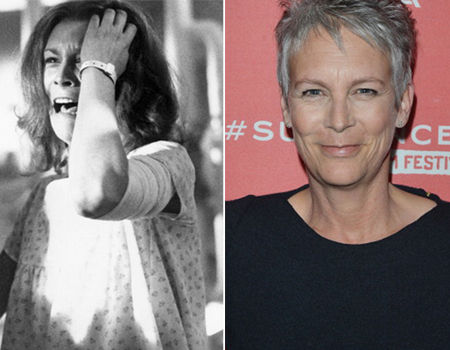 Ryan Murphy has made one hell of a name for himself in the history of successful television shows with writing and creating credits from ‘Nip/Tuck‘, ‘Glee‘ and the several incarnations of ‘American Horror Story‘. All things considered, Murphy knows how to scare the crap out of us, or make us want to randomly break out in song and dance in the cafeteria, which for some of us, would be more scary than an episode of AHS.

Murphy is teaming up with his co-creators from ‘Glee‘, Brad Falchuk and Ian Brennan, to bring a new series to Fox – ‘Scream Queens‘. As the title implies, this will cover the horror genre while mixing comedic elements until the proper bastardization level is achieved. When I hear ‘Scream Queen‘, a very young Jamie Lee Curtis pops into my head. That image is, unfortunately, chanting the digestive benefits of probiotics from the latest lady-yogurt commercial I’ve seen. But she left her mark on the film world and the horror-world in particular with her turn as Laurie Strode from John Carpenter’s ‘Halloween‘ in 1978. It stands to reason that Curtis would be ideal for one of the starring roles in the series and has signed on for 15 episodes in the first installment of the anthology series.

Emma Roberts has had some scary screen time in ‘Scream 4‘ and in Murphy’s AHS. Murphy has given actresses of a particular age a new place to shine where other projects have left them wanting, Curtis is the newest actress to join the cluster of  Jessica Lange, Angela Bassett and Kathy Bates. Roberts and Curtis will shine when the camera turns to a college campus that is overwhelmed by a series of murders. The campus setting is a perfect ruse to cast beautiful victims that will stupidly drink, have sex, get naked, go in garages, split up from their groups, spend late hours at the library, basically everything you’re supposed to avoid in horror movies. I feel I’m missing another joke about Jamie Lee and her yogurt love, so watch this brilliant parody with Kristen Wiig.