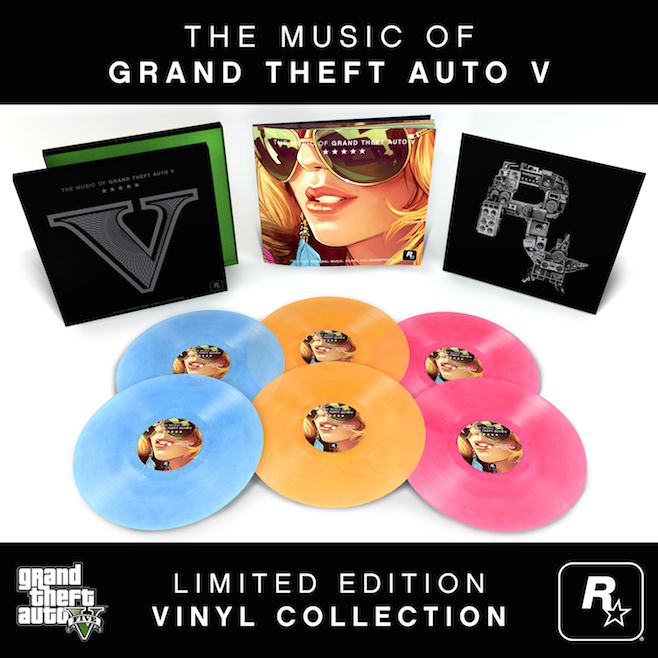 ‘Grand Theft Auto‘ may have taught a generation how to carjack successfully, it also entertained that generation with the tell-tale squeak of a rocking car and recruited for questionable missions. No matter what was happening on screen, there was always an underlying soundtrack that accompanied every shady deal, theft and murder. 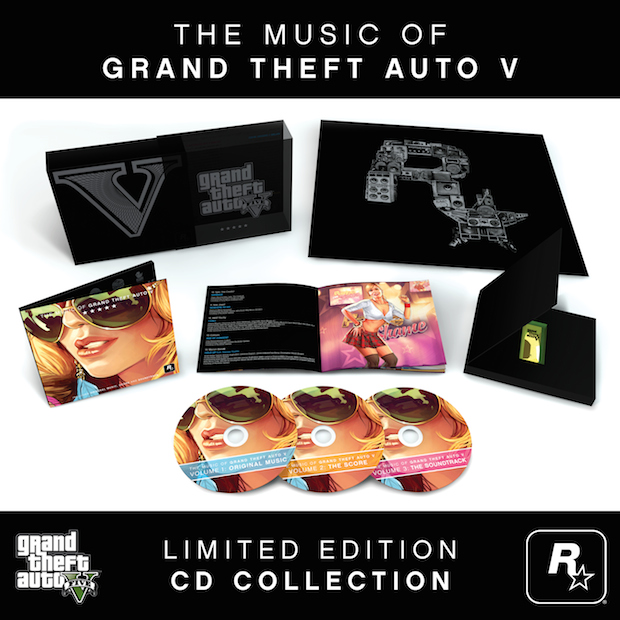 Sounds from Flying Lotus, Wavves and Twin Shadow among others have highlighted the prosperous game franchise. Some of the songs were original and created solely for the game and others were existing songs that found a new home. Now that music, at least 59 of the titles, is being released soundtrack style. Included is all the original music, songs that were exclusively available in the games and highlights rounding out the release. Included is the original score composed by Tangerine Dream, Woody Jackson, The Alchemist and Oh No.

The soundtrack will be released on multiple media formats, cd and fantastic pressed vinyl. Befitting a special release are the extras that accompany each format, the vinyl copy includes a booklet and lithograph poster, while the CD sports the same, along with a USB drive shaped like a gold brick. The soundtrack is released on December 9 on the heels of GTAV’s release for both PS4 and Xbox One on November 18. If you prefer your larceny on the PC, you will have to wait until January 27. In addition to the massive crime spree the game will lead you on, there is an expanded version of Flying Lotus’ radio station, while all stations feature expanded, longer playlists and additional radio commentary. Check out the soundtrack on December 9.