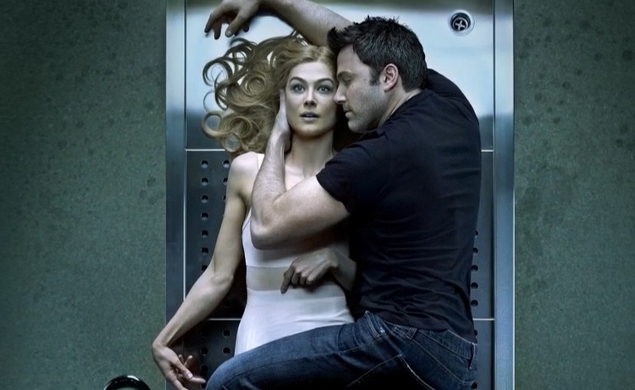 Dave Fincher got his start directing music videos, and one of them is my favorite, “Express Yourself.” It has that definitive gritty, dark and wonderful feeling that Fincher film has come to possess.

“Gone Girl” is no exception. It is based on Gillian Flynn’s expert novel of the same name. It opens with a seemingly callous reflection of a marriage by Nick Dunne, played by Ben Affleck. The rest unravels from there. And unravel is the best way to describe what happens to Nick’s life after the disappearance of his wife Amy under suspicious circumstances. He comes home to find the door ajar and things in the house are not quite right.

I feel like I can’t talk too much about the plot, merely because if you haven’t read the book, anything would spoil what’s coming, but just know Fincher cast this perfectly. Rosamund Pike is perfectly mated to Affleck’s distant Nick. He is a complex of emotions that unfolds as the storyline unfolds.

I cannot say enough incredible things about this movie…The perfect way the opening of the movie sets the scene; how humour is used to make the uncomfortable even more so. David Fincher paints a picture of suburban America that is slightly off and skewed, and if you look closely, you can see it fraying around the edges.

There is a great cast for this, and a few supporting roles that are almost scene stealers: Amy Adams as Det. Boney, Patrick Fugit as her partner,  and Tyler Perry is stellar as Nick’s lawyer, Tanner Bolt.

As someone who usually prefers the book to the movie, this one is superb and Fincher has done Gillian Flynn proud.

I give it the full monty, five stars!