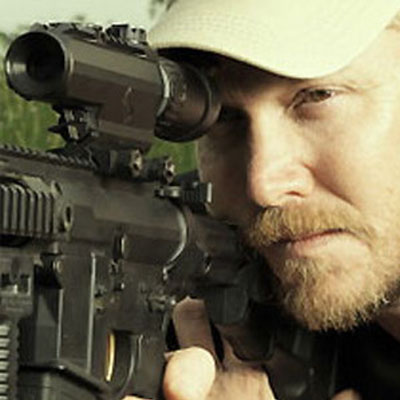 If there’s one thing I love more than a noir-crime film, it’s a realistic military pic. Tell me the film is about a legendary sniper from the US and I’m intrigued. I hear the name Chris Kyle – you have my full attention. I love America and I love our military. They do things that I wouldn’t want to do and make choices I could never make to keep our citizens safe. Damn right they have my full support.

Bradley Cooper gained 40 pounds in muscle to portray US Navy Seal, Chris Kyle. Clint Eastwood came aboard the project as director not long after the legend and a friend were shot by a troubled US veteran at a Texas lodge. Cooper was able to speak with Kyle one time via telephone before production went underway and was able to assure him that his story would be told. Since the tragedy, the actor has spent some time with Kyle’s parents, wife and kids, talking about the film. Cooper stated that the only way to be sure that the movie lives up to Kyle’s legacy is if his family “loves” it. “His life merits this. I hope we have stepped up to the challenge.”

The first trailer for the film releasing nationwide January 16, 2015 with hopes for Academy Awards consideration.