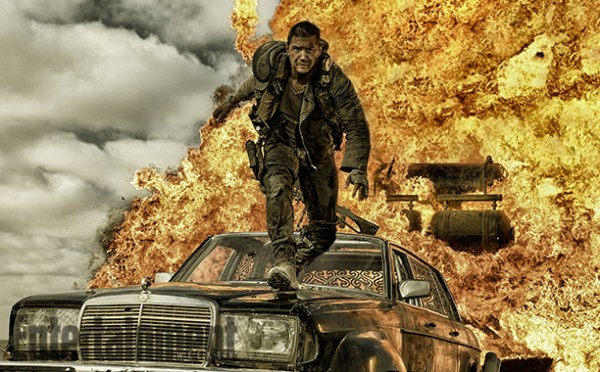 Comic-Con is a revered place in pop culture. The powers- that-be for anything a consumer wants always blows our minds with new media at the San Diego Comic-Con, the grand-daddy of all cons. If you’ve been excited, frothing-at-the-mouth for some ‘Mad Max: Fury Road‘ info (AND THE TRAILER!!!), keep reading!

George Miller‘s new approach to continuing the storyline that began in 1979 with Mel Gibson as A vengeful Australian policeman,   out to avenge his partner, his wife and his son whom were murdered by a motorcycle gang in retaliation for the death of their leader. ‘Mad Max: Fury Road‘ features Tom Hardy (‘Lawless‘), Charlize Theron (‘Snow White and the Huntsman‘), Rosie Huntington-Whitely (‘Transformers: Dark of the Moon‘), Nicholas Hoult (‘X-Men: Days of Future Past‘) and opens next spring.