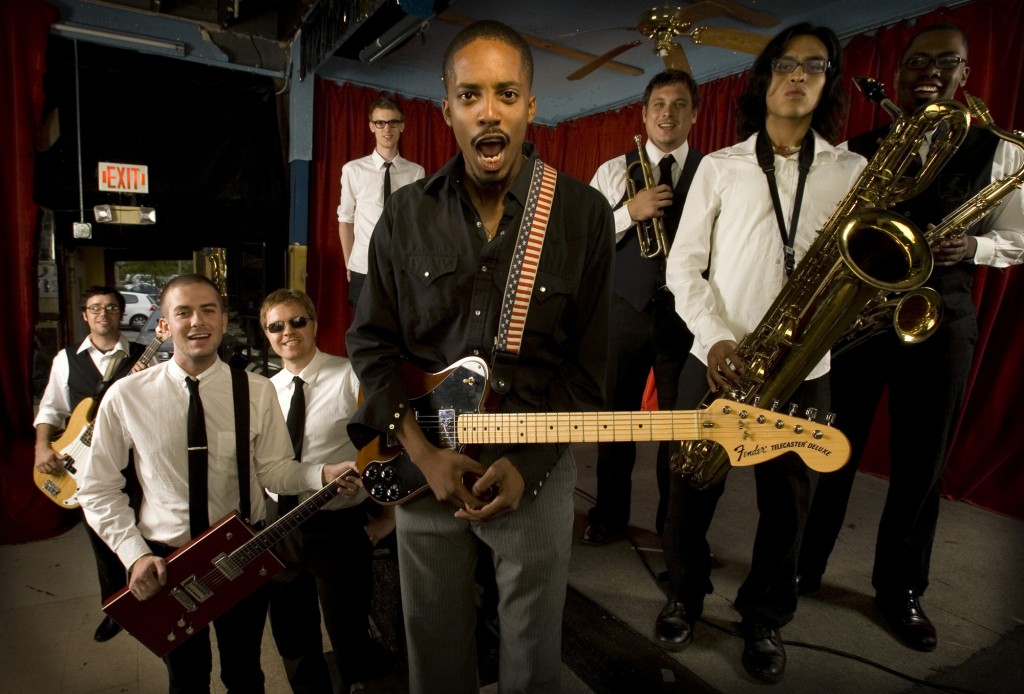 I had the distinct honor and pleasure to sit down and talk with one of the best musicians and singers in the music business today – Black Joe Lewis. If you are unfamiliar with Black Joe Lewis and his amazing band, then you’re in for a real treat. Black Joe Lewis was formed in Austin, TX, and has been around for seven years and has released four albums so far, all of which are A++ work. He tears the roof off each place he plays at and leaves a lasting impression with his throaty vocals and excellent music.

I first heard their music in Dallas’ own ‘Good Records‘ store off of Greenville Ave. I saw the album cover for ‘Tell ‘Em What Your Name Is!‘, which came out in 2009 and asked if they could put on a song or two. Needless to say, I was immediately hooked for life and went to each show when he came to town and bought each record and CD from then on.

Black Joe Lewis mixes the best ingredients of James Brown, The Bar-Kays, Lighting Hopkins, and Iggy Pop with his own unique brand of funk, soul, and blues. Recently, Black Joe Lewis toured with the Dave Matthews Band as their opening act and have been featured on hit TV shows such as ‘The Office‘. Their most recent album ‘Electric Slave’ is nothing short of Incredible. Each track gives new meaning to the word and religion of music.

You wouldn’t know it by listening to him own the mic on stage, but Lewis is a very soft-spoken and gentle man in person. He’s super nice and has a great attitude on life in general. But once he turns the guitar to 11 and the mic and sound system is as loud as it can go, Lewis turns into some sort of Rock and Funk man-god on stage and belts out vocals reserved for the finest people in rock n roll. Below in the interview, we discuss how he formed the band, his first jobs, his favorite tastes in music, and much much more. Plus the video below that is an intimate concert at Good Records in Dallas, TX, where he plays several songs from his most recent album, ‘Electric Slave‘. I highly recommend purchasing every album you can get your hands on.