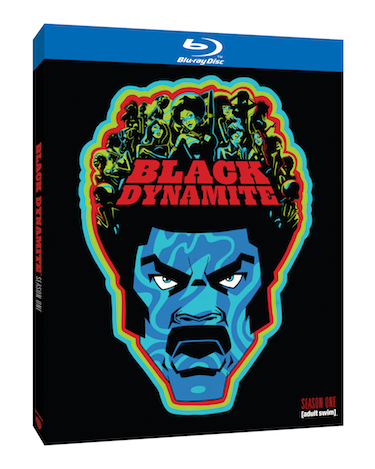 If you haven’t seen the original film ‘Black Dynamite‘, you should highly consider taking a few hours from your weekend and watching it. It’s highly entertaining. From the big cult success of that film, Cartoon Network’s Adult Swim picked up the storyline in the form of an animated series. Needless to say, the series was just as good as the film. Hell, the first episode had Black Dynamite fighting an evil version of The Jackson Five. The series will be available July 15, on Blu-ray and DVD and will Include the 10 First Season Episodes Plus  a Behind-The-Scenes Featurette, and an Original Pilot and Video Commentaries.

Official Press Release: This July, bust out your best polyester pants suit because Black Dynamite and his crew are about to explode onto the scene in all-new Blu-ray and DVD release, Black Dynamite Season One. The inaugural home entertainment release from the top-rated Adult Swim series will be available to own on July 15, 2014. Featuring all ten 30-minute episodes from the series’ first season, the Blu-ray and DVD release also contains a host of bonus content including the original pilot, a behind-the-scenes featurette and video commentaries with series creator Carl Jones (The Boondocks) and cast members. Black Dynamite Season One will be available for the suggested retail price of $39.99 on Blu-ray and $29.98 on two-disc DVD set, with a retailer pre-order date of June 10. 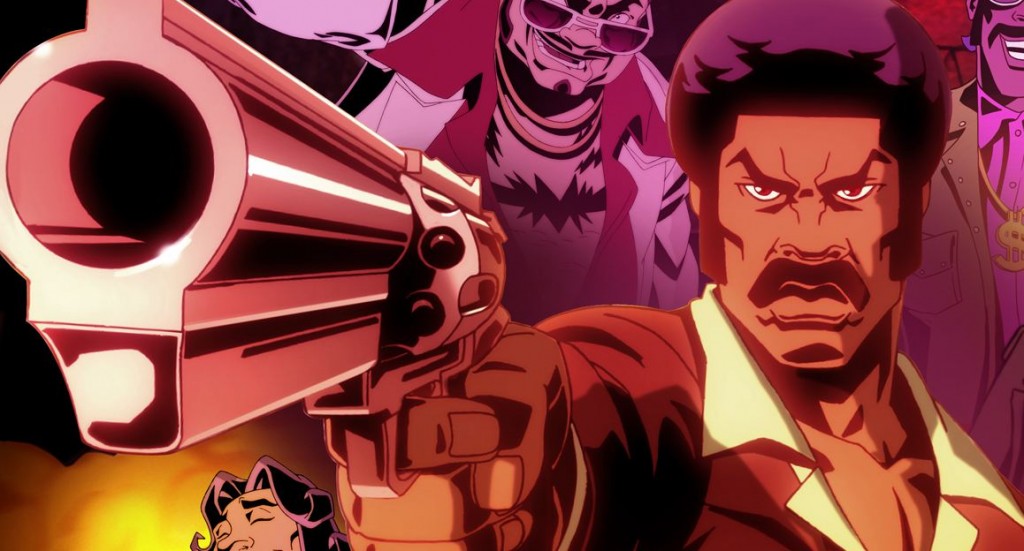 The series’ titular character Black Dynamite (Michael Jai White) is a 1970s renaissance man with a kung-fu grip. He is a lover and a fighter who is not afraid to leap before he looks. His sidekick extraordinaire is Bullhorn, the brains and cunning that complements Black Dynamite’s hard-hittin’, bone-crushin’ style. Providing comic relief on the mean streets is Cream Corn (Tommy Davidson) and classing up the place is the gorgeous Honey Bee (Kym Whitley).

Based on 2009’s critically-acclaimed feature film, the Black Dynamite animated series further chronicles the exploits of the central character and his crew. Under the direction of Carl Jones, the series features the voice talent of Michael Jai White (For Better or Worse, The Dark Knight, Why Did I Get Married?), Tommy Davidson (In Living Color, Bamboozled), Kym Whitley (The Cleveland Show, Brian McKnight Show), and Byron Minns (Mongo Wrestling Alliance), all of whom starred in the feature film. The animated series is produced by Ars Nova, with Jon Steingart, Carl Jones, and Jillian Apfelbaum as executive producers. Brian Ash is co-executive producer. Scott Sanders, Michael Jai White and Byron Minns are producers. Monica Jones is associate producer. Lesean Thomas is creative producer/supervising director. Original music is provided by Adrian Younge. Black Dynamite is being animated by Titmouse, Inc. 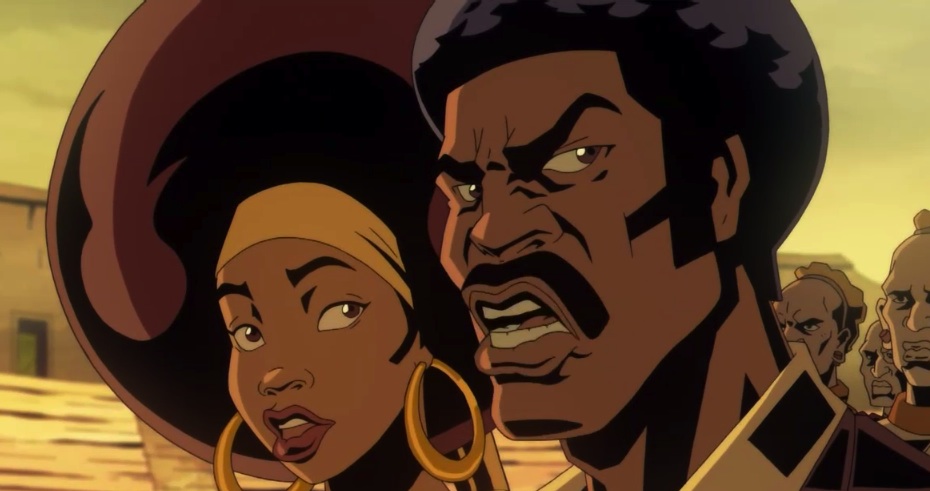 The series’ first season, which aired on Adult Swim during the summer of 2012, was the top-rated show in its timeslot for both adults and men 18-34, with more than five million adults and three million men tuning in to get a piece of Black Dynamite, according to Nielsen Media Research. The second season of the series will debut this summer on Adult Swim.