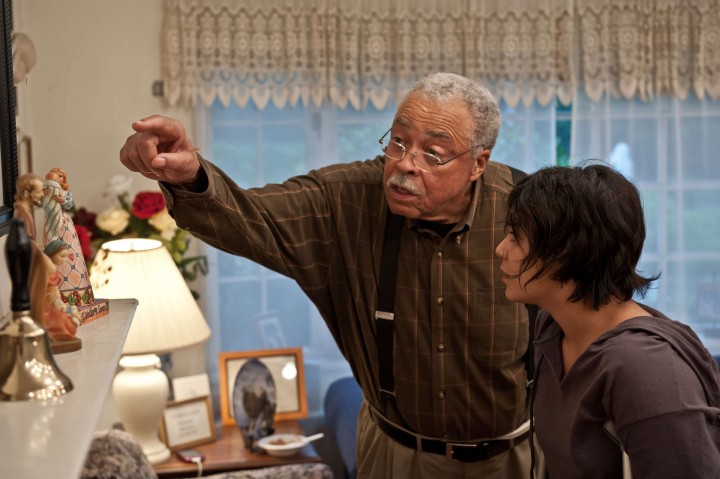 Vanessa Hudgens has certainly come a long way since her days in the family-friendly movies ‘High-School Musical‘. She is fairly unrecognizable in Ronald Krauss’s film ‘Gimme Shelter‘. It definitely takes some gigantic balls to title your film after one of the best documentaries ever made based on the Rolling Stones, but like that one, this film too is also based on true events. ‘Gimme Shelter‘ is a rough movie to get through, but has a silver lining like a Disney movie. While some of the instances and pieces of dialogue are too “on the nose’ for my taste, I expect fans of Hudgens to turn a small profit this January on the indie circuit, if not to just see one of their favorite Disney stars do a role they are not expecting.

Hudgens plays 16-year-old Agnes ‘Apple’ Bailey, who looks like she hasn’t showered for fifteen days, and decides at the beginning of the movie to cut her own hair very short. Hey eyes tell a very depressing story as she has spent most of her life moving from foster home to foster home, while constantly being physically and verbally abused by almost every she comes in contact with. But this is not the life she wants, and she makes a conscious decision to move out of that life, but when she tries to move in with her sadistic drug-fueled prostitute mother (Rosario Dawson, best part of the movie), Apple finally realizes she is on her own and sets out to find her father, whom she has never met before. 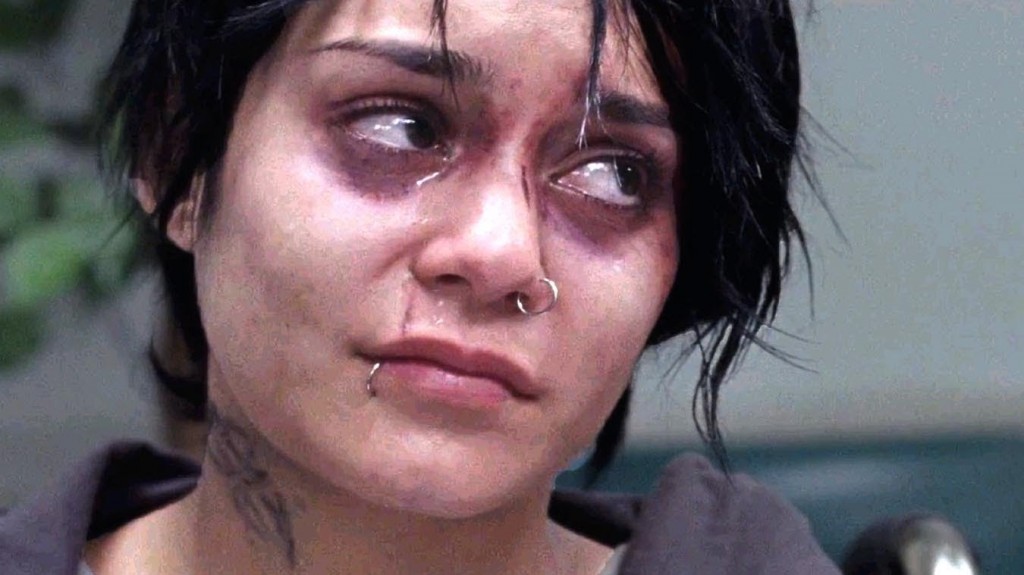 Her father is a very successful Wall-Street executive, played by Brendan Fraser, (who seems to not know why he is in this movie, but) who has a giant house and a new family, as he had Apple when he was in his mid-teens. As you can imagine, things don’t mix well when Apple shows up unexpectedly. Apple finds out she is pregnant and her father and step mother immediately take her to an abortion clinic, but after seeing the image of her fetus, she wants to keep it. She gets involved in a car accident and ends up in the hospital, where the hospital chaplain (James Earl Jones) befriends her and sends her to a religious shelter for pregnant teens. Maybe it’s here that Apple can find what she has always wanted – a family. At least that is what Krauss wants to tell us.

The lady who runs this shelter is named Kathy DiFiore (Ann Dowd), and is in fact a real person, and this film is based on her stories, but she takes the backseat to this movie and it is Hudgens’s character Apple who we journey with. The three big flaws with ‘Gimme Shelter‘ is its script, score, and execution. The screenplay just hits you with a hammer too hard in to many places, and never gives you the opportunity to enjoy or figure things out for yourself. And the score is way to dramatic, and comes across way to sappy. This could have been a better film if the director just let these things play out normally, but instead there is way to much emphasis on what we are supposed to feel and when.

The acting though is solid throughout. Hudgens gives a brilliant performance of intense anger and rage. But all the while she is just an emotional and scarred child who wants to be loved. Her struggle and performance are great and she has come a long way since ‘High School Musical’. I wish James Earl Jones had a meatier role here, but he plays the gentile grandfather just fine. Rosario Dawson is the true star here and plays a horrific mother perfectly. She is truly scary.

‘Gimme Shelter‘ is a tough movie to get through, as our main character truly goes through some horrendous moments. This film might be to “on the nose’ for me, but it’s worth a look. And I can’t believe that with its title, the Rolling Stones’ song was never heard.