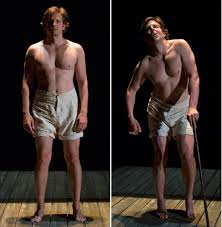 Bradley Cooper is the Sexiest Man Alive. It’s easy to see how legions of fans fall for his rugged, classic good looks.  He just received his second Oscar nomination in the last 2 years for his role in ‘American Hustle‘ and last year from ‘Silver Linings Playbook‘. Cooper is turning his attention back to Broadway, now. It has been eight years since he starred with Julia Roberts and Paul Rudd in 2006’s ‘Three Days of Rain‘. The reason he is returning to the stage is to headline a revival of Bernard Pomerance’s ‘The Elephant Man‘. Cooper will play John Merrick,  the seriously deformed man John Hurt portrayed in the 1980 film version and Cooper, himself played in 2012 at Williamstown Theatre Festival. Where the film was heavy on prosthetic SFX, the stage production is devoid of any such prosthesis. The deformity is to be shown through physical acting alone. 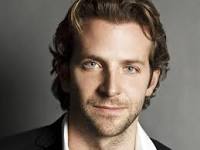 This is the second revival on Broadway of Pomerance’s Tony-winning play. Other notables to take on the role of Merrick in the past are David Bowie, Billy Crudup and Mark Hammill. John Merrick was a sideshow spectacle in the late 1880’s when people could pay a penny to see his deformities first hand. Just as audiences were amazed and curious about his physical condition, medical doctors are still curious as to what caused the abnormal disfigurement in the first place. 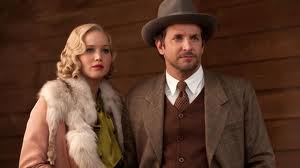 When an actor approaches a project like this one, critics have the chance to either jeer or cheer the acting skill present or the glaringly blatant lack thereof. Don’t worry about Cooper’s film career, we still have plenty of projects to look forward to. One I’m particularly excited about is ‘Serena‘ based on the Ron Rash book of the same name. Once I learned Cooper and his ‘Silver Linings Playbook‘ costar Jennifer Lawrence were pairing up to bring this time period piece to life, I read the book in anticipation of the film. All I can say is I hope ‘Serena’ lives up to the novel. The film is set in Depression-era North Carolina. George and Serena Pemberton are land owners and highly invested in timber harvesting. The couple fight against outsiders and sometimes, each other, in their ultimate goal, unequaled power.