Bruce Willis is looking like a safer bet for casting than Sylvester Stallone or Arnold Schwarzenegger are these days. News of a new venture from the Lone Survivor producer of Emmett/Furla/Oasis Films is up to produce and finance ‘Vice‘. The story of a city in which humans can enact their most perverse fantasies onto androids. One becomes all Sonny-self-aware, ala ‘I, Robot‘, bent on shutting down the system. 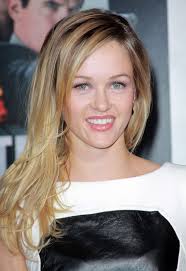 Ambyr Childers (‘2 Guns‘, ‘Ray Donovan‘) will play the android, Willis will play Julian, the owner of the Vice resort that caters to the depraved. I instantly think of some awful things when I hear the word, ‘depraved’, as is expected. I can’t even imagine what these people do to androids that is beyond kinky, but it reminds me of the book ‘War Slut‘ by Carlton Mellick III. Set to begin shooting on March 15 in Alabama.

Willis has recently been announced to star in an action/thriller, ‘Captive‘, set in Brazil. He just finished shooting ‘The Prince’, the plot line reads just like a ‘Die Hard’ story. Instead of a NYPD Detective, Willis plays a retired Las Vegas crime boss who is forced back into sin city to face his former enemies when his teenage daughter goes missing. Seriously, if Willis’ character’s kids or wife, or estranged wife, don’t get into trouble, he would have a hellishly boring life. Also starring in ‘The Prince‘ are Jason Patric (‘The Lost Boys‘) and John Cusack (‘Hot Tub Time Machine‘, ‘The Paperboy’, ‘The Raven’).

I’m going to take a minute here to throw my praise onto ‘The Paperboy‘. It’s one of those pieces that should have won a Golden Globe or a SAG. It did win the People’s Choice Award, and with good reason. This was a spectacular drama. The cast includes Matthew McConaughey, Zac Effron, Nicole Kidman, John Cusack. This has got crazy good performances, as everyone tries to find the truth behind a racially charged murder case which has consequences for all involved. This movie is on Netflix right now, so definitely check it out if you haven’t seen it before.