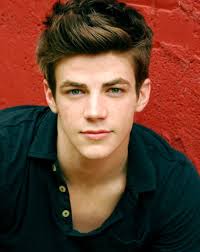 The CW is looking to add to the popularity of the superhero craze. ‘Smallville‘ was huge on viewers, The CW took that fan base and translated it into high viewings for Arrow. Now that the fans have been introduced to Barry Allen via Arrow, a pilot has been ordered to launch the series with a bang how Arrow did with it’s pilot episode. 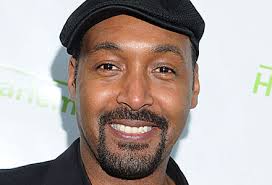 Grant Gustin (‘Glee‘ and ‘90210‘), will play the pivotal character of Barry Allen aka The Flash. Barry Allen, in true superhero fashion, has a tragic past. Allen is A Central City assistant police forensics investigator  who arrives in Starling to look into a series of unexplained robberies that may have a connection to, said troubled past. Jesse L. Martin (‘Law&Order‘, ‘Rent‘) will co-star as Detective West, an honest, blue-collar cop who is a surrogate father to Allen.

Martin makes a seamless transition from the NBC family of Law & Order precinct to the Central City police department. Besides co-starring in the superhero realm, the pair share another trait in common. Gustin and Martin have amazing singing voices. Gustin starred in the original Broadway and 2005’s Film version of ‘Rent’ as Tom Collins. Martin featured in 7 episodes of ‘Glee‘ as the snide, self-centered, ruthless Sebastian Smythe. His on-screen persona may be deplorable, but his voice is like that of an angel.

I love superhero stories, be it silver screen or the small screen. I’m also happy that CW is sticking to DC comic characters. Where Marvel has taken the comic book genre to crazy high circulation with their canon of successful movies and now, ‘Agents of S.H.I.E.L.D.‘, DC is slowly trying to catch up in big screen presence. I’m hopeful the 2016’s ‘Batman Vs. Superman’ will be worth the wait…and the hype. I’m more of a DC girl myself, so I’d love to see the build up of big characters in singular movies how Marvel has cashed in and built a web of stories hinging on the other. If it flops, I won’t be able to look a Marvel fan in the eye after that.