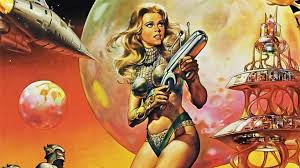 In the world of makeovers they are generally a bad idea if you ask me. However, news of 1968’s Barbarella doesn’t strike me as a bad thing. It could be because there are a few people I really dislike in this world and Jane Fonda is one of them. I’m pretty positive that’s my whole reasoning for being ok with this remake. Can’t stand her, want to hit her in the face with a brick. OK, back to the news!  Amazon studios has taken on the pilot with a script by Neal Purvis and Robert Wade  (‘Skyfall‘, ‘Casino Royale‘). Word is the search for a show-runner is underway in hopes the show goes to series. 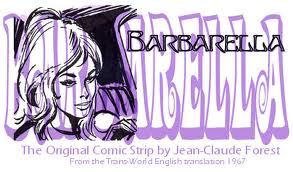 Barbarella is based on the popular French graphic novel by Jean-Claude Forest that was made famous by a 1968 Sci-fi movie. The plot is ridiculous to me, but here you go, in the far future, a highly sexual woman is tasked with finding and stopping the evil Durand-Durand. Apparently this project has been in the works for the last 18 months at Gaumont International Television. GIT has two other series, ‘Hannibal‘ on NBC, and ‘Hemlock Grove’ on Netflix. A third, ‘Narco‘ is hoping to join the ranks of Netflix programming.