‘The Princess Bride’ Is Coming To The Stage!!! 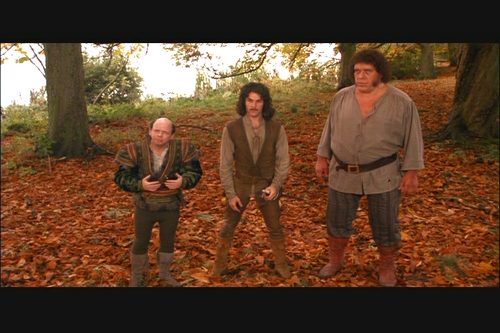 There is a list of things that actually make me Squee like a fan girl. Yes, ‘Squee’. Look it up on Urban Dictionary. Watching The Princess Bride as a kid was one of my greatest memories of lazy summer afternoons, impromptu snowed in school days with hot chocolate and a blanket. Being sick and all I wanted was my mom’s sick soup and to watch The Princess Bride, or read it. Now my sick movies are not only The Princess Bride, buy Gone With The Wind, as well. I’m not even close to being alone with my love of the cult classic that forever made The Foundations song, Build Me Up Buttercup, only think of Robin Wright and how the angsty Westley must have felt at times.

Imagine my happiness in finding out that The Princess Bride is coming to Broadway as a stage play. You heard that one right. A stage play. Disney’s studio chief, Alan Horn was key to production in the 1980’s and is the cornerstone of the deal that brings the story that has it all to the stage. Luckily Horn has been on good terms with the novel’s writer and screenwriter, William Goldman, for the film in 1987. I don’t trust anyone else to write the stage script but Goldman. So, I hope he’s got one more version of the fantastical story to dazzle fans with.

Now for the down side to such epic news. It’s not been announced, but it’s doubtful that ANY of the former actors that embodied the characters, originally, will be strapping period costuming back on. It’s just not a logistical fit for the ages. Whomever the new actors are to portray the quintessential characters have very, very large shoes to fill, and I don’t mean just Andre The Giant’s. Mandy Patinkin is the only person to pull off the line of “My name is Inigo Montoya. You killed my father; prepare to die”.

The movie had such a cult following that I know of several weddings that were held with the same speech of the priest from Princess Bride, Everyone knows that “As you Wish”, is code for I love you, just like everyone knows that after being told “I love you”, and hearing “I know”, is also a way to say I love you according to the love story saga from Star Wars.

This could either be awesomely epic or an epic failure. But as for Goldman, he remains optimistic. “Buttercup, Westley and all of Florin are in the best of hands,” the author said in a statement. Regardless of who the cast is, I will always prefer the original film.