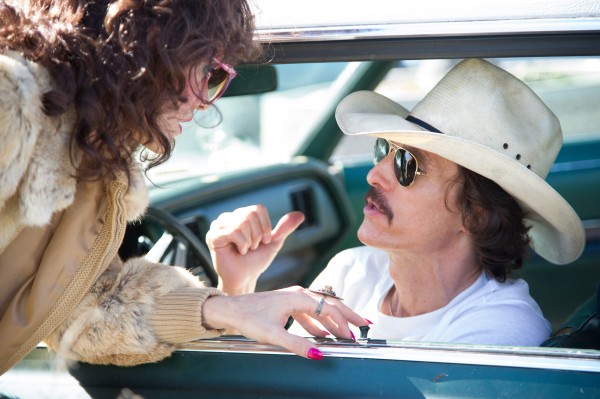 Jean-Marc Vallee’s ‘Dallas Buyers Club’ is a fresh take on the recognized AIDS plot, complete with a knockout script, and some amazing performances by Matthew McConaughey and Jared Leto. This true-life narrative feature about Ron Woodroof, a Dallas native straight man who is diagnosed with HIV in the 80s is is not as down-trodden as it might seem at first glance. I’m sure McConaughey’s name and creepy weight-loss, which was widely reported in the news will draw out a decent crowd, but this little Indie film won’t be able to compete with the likes of superheroes, but it damn sure deserves it.

Garner has less to work with her and her character is a little one note, but she turns in a solid performance. Leto on the other hand should win an award for his role as Rayon. He fully dives into this character and we feel all the emotions that surrounds him, even his flaws and downward spiraling. It was always great to see both Leto and McConaughey on screen together. ‘Dallas Buyers Club‘ offers more than just a sad and depressing story, but offers up hope and redemption in some comedic and dramatic ways throughout. This little indie movie is a must see.