Neil Patrick Harris Heads to Broadway With ‘Hedwig and the Angry Inch’!!! 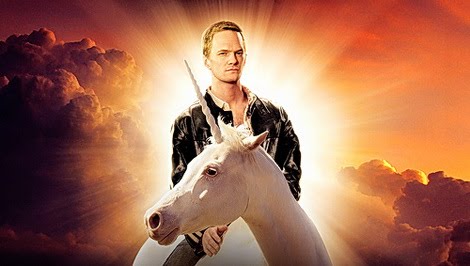 Producer David Binder is thrilled to announce that Neil Patrick Harris will star in the Broadway premiere of John Cameron Mitchell and Stephen Trask’s musical HEDWIG AND THE ANGRY INCH in the Spring of 2014. The remaining creative team members, additional casting, and the theatre will be confirmed at a later date.

The announcement that Neil Patrick Harris will play ‘Hedwig,’ follows his recent triumphant engagement as the host of the 67th Annual Tony Awards® (the highest rated Tonys® broadcast in more than a decade).

Harris said, “I am simultaneously ecstatic and terrified to be stepping into Hedwig’s heels. It is truly a once-in-a-lifetime role and I can’t wait to begin the journey.”

John Cameron Mitchell who wrote the book and starred in the original stage and film productions of HEDWIG said, “Who better to pass the wig to but the finest entertainer of his generation?” and composer Stephen Trask said, “It’s like you’re putting together a fantasy rock band and Paul McCartney agrees to play bass.”

David Binder, who first produced HEDWIG in 1997 and is now producing the musical on Broadway, said,

“I’m so excited that everything has come into place to bring HEDWIG to Broadway. I have always felt that John and Stephen’s musical is a masterpiece and deserved to be seen by wider audiences. Neil Patrick Harris is a consummate stage performer who knows how to rock — there is no one better to play the role of Hedwig on Broadway.”

HEDWIG AND THE ANGRY INCH is produced on Broadway by David Binder and Jayne Baron Sherman. 101 Productions, Ltd are the executive producers.