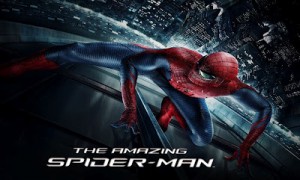 I will be 37 years old in 2018. That is also the year that Sony will release the 4th installment of of ‘Amazing Spider-Man‘, with the third one being released in 2016. Now we have reported before that there were always going to be three films in this set of Spidey stories, but never a mention of a 4th film. However, Sony vice-chairman Jeff Blake announced the news today, as well as said, “Spider-Man is our most important, most successful, and most beloved franchise, so we’re thrilled that we are in a position to lock in these prime release dates over the next five years.”

Last year, ‘The Amazing Spider-Man‘ made over $750 million, and I bet Sony is betting on a cool billion for part 2. The third film will be released on June 10, 2016, and the fourth film will hit theaters May 4th, 2018. Hopefully these actors won’t age too much as they will still be playing high school kids going into college well into their 30s. Spidey fans rejoice.