Ken Marino Developing ‘Go The F**k To Sleep’ For Fox!!! 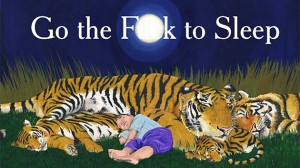 Scripting team Ken Marino and his wife Erica, are back to work for Fox 2000. They have been hired to adapt “Go The F To Sleep”,  with “Twilight” Saga Producer Karen Rosenfelt and “All You Need Is Kill” producer Erwin Stoff as the producers. The book, written by Adam Mansbach, is classified as a childrens book for adults. The book is based off of Masbachs frustration of trying to get his daughter to go to sleep. As a parent, I can relate to this. Samuel L. Jackson (Django Unchained) did a reading of it that made it the worldwide sensation. If you haven’t seen it yet, it’s hilarious. 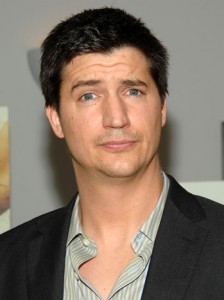 In case you don’t know who Ken Marino is, he starred in a directed the first three seasons of E!’s “Burning Love”. He also co-wrote “Role Models” and “Wanderlust” with David Wain. I have no idea how they are going to pin this book as a decent and worth watching script, but with this power couple you know it will be interesting to see. I’m just impressed that someone who take on adapting this book in the first place.

One thought on “Ken Marino Developing ‘Go The F**k To Sleep’ For Fox!!!”