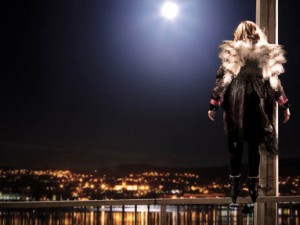 Hailing from Ireland, Kieron J. Walsh’s ‘Jump‘ is a dark and twisted tale with elements of comedy that will attract the indie-film crowd at first glance, but loses its appeal very fast. You can tell that Walsh has a passion for the movie business and a true love of cinema, as he pays homage to several styles of filmmaking throughout the picture, however the several different story lines that intersect in a ‘Pulp Fiction‘ like way do not have enough time on screen for anyone to develop a relationship with the characters.

I’ve enjoyed over the years seeing films like this play out. The odd time jumps is still a great idea if done right, but like the “found footage’ movies that we constantly see today, some of the originality and freshness is not what it used to be. If ‘Jump‘ came out in the year 2000, I think it would have been a better experience. Unfortunately, with this being Walsh’ second attempt at a feature film, it comes across a jumbled mess of a movie with characters we could care less about, although the general story is a decent one. 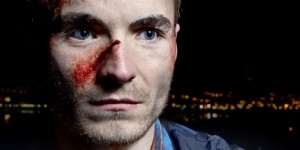 The story goes as someone unknown to us has stolen a large sum of money form  local gangster Frank Feeney (Lalor Roddy) who runs a nightclub along with various other criminal activities. Feeney has two of his best guys (Richard Dormer and Ciaran McMenamin) on the job to track down his money and deal with the thief. The supposed lead role is Feeney’s daughter Greta (Nichola Burley) who is struggling with the work her dad does and wants to get a way from it all. We see that she is about to commit suicide by jumping off a bridge when a young man by the name of Pearse (Martin McCann) stops her. Unknown at first, Pearse is on a revenge mission to find Feeney for the murder of his brother. Meanwhile, two of Greta’s girlfriends (Charlane McKenna and Valene Kane), have a night at the bars for the holiday that goes from drunken fun to murder and mayhem.

Kieron’s camerawork is great, showing the grittiness of this cime tale to the side streets and dark alleys of a decent town in Ireland. Not at one point do we see the beauty of the lush landscapes and rolling hills of Ireland. And the set pieces are as dirty as the characters, each being fairly unlikable, although we want to. But the fatal flaw with this flick is that with a run time of only 84 minutes, we do not get enough time to connect and truly see who the characters are. Maybe this is due to how the film is laid out, being told out of order, but instead of a solid flow with the characters, we only get brief flashes with each of them, and we see the choices they make are all the wrong ones. 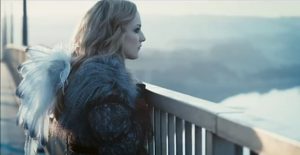 However, credit is sue to the actor’s performances in these roles. Burley plays an emotional wreck very well with the time she’s given and McCann plays the decent guy who is hellbent on revenge. The rest turn in solid if not by-the-book performances that keep the film going. Walsh has some talent here, however it is wasted on this film. It’s messy execution and delivery make this potentially good film forgettable.