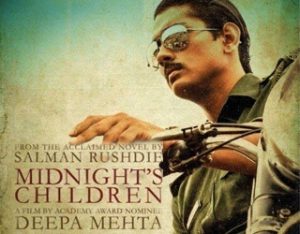 If you set out to climb Mount Everest and only get half way before turning back, you won’t get many accolades. In fact, you are more likely to have critics obnoxiously telling you what they think you did wrong. Deepa Mehta’s ‘Midnight’s Children’ did just that. They set out to create a story on an epic level, interweaving political motivations, interpersonal strife, national history, questions of personal identity, and magical realism.   Unfortunately, when “epic” is your standard of choice, movie-goers won’t remember the poetry of your dialogue or the visceral nature of your cinematography.  Because in the end, you set out to climb Mount Everest, and you only made it half way.

‘Midnight’s Children’ is based on the similarly-titled book written by Salman Rushdie.  Rushdie sold the rights to his book for only $1.00, but insisted that he maintain control over the script. For over a year, he struggled to pare down the 600-page novel into a 130-page screenplay. Although Rushdie made the screenplay less dense and far more accessible than the typical Rushdie novel, this may just be a book that cannot be condensed into the long 2 1/2 hour run time. 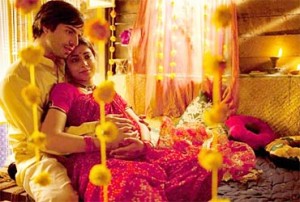 The story is about two boys born at the same moment of India’s independence. One is born to a wealthy family, the other is born into poverty. The nurse at the hospital, staging her own political protest, secretly switches the two boys–believing the poor must be made rich and the rich must be made poor. The story follows the intersecting lives of these two boys  (Saleem and Shiva) as they navigate through the bloody, tumultuous, and ever-changing political upheaval that follows India’s independence.

But another layer is added on top of the political history and the personal story lines. If anyone knows Rushdie, you know that magic realism must also play its role. Each child that was born on the night of India’s independence is gifted with different super-human abilities. Each child has a different talent. Shiva has a super-human ability to fight, and Saleem has the ability to bring all of the children together by simply thinking of them.  The ‘Midnight’s Children’ convene in Saleem’s mind, and they struggle to understand their purpose and how they should use their talents. On a literary level, these children represent all of the hopes and dreams the people had for independent India.  In the end the children are scattered to the wind and have not managed to use their powers for anything more than personal gain and survival. It is only their acts of love (rather than the country’s anthropomorphized hopes) that help shape the nation. 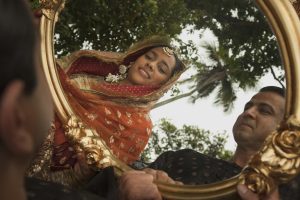 This succinct summary may get you excited about the film, but the story actually wanders and makes insane and unbelievable twists.  Let me put it like this: You know how it feels to explain the backstory of your favorite original-scripted cable series to someone who has never seen the show? It is only when you try to summarize the twists and turns of the series’s plot line that you notice the absurdity of the twists in the story. Because you have watched the show over several seasons, the twists were slow to develop and seem natural.  Similarly, ‘Midnight’s Children’ should have been a television series. Extending this film to five seasons might have given the material the time it deserved. But as it stands, the film jumps from one episode to another. The transitions seem disjointed, and the different episodes never add up to the sum of their total. By the end, I felt the movie resembled a comic book more than the epic story it aspired to be.

Despite these misgivings, the film is full of visual and spoken poetry. The camera provides us not only with large-sweeping views of the country, but just as much attention is given to the dusty corners of buildings in the Indian ghettos, the ornate interiors of the mansions, and the colors and fabrics that flow through everything. Above all else, this is an immensely visceral movie. The colors, the passion, and the beauty fly off the reel. I could almost smell and taste the green chutney. Despite the storyline problems, this film is worth seeing for the visual aspects and poetic phrasings alone.