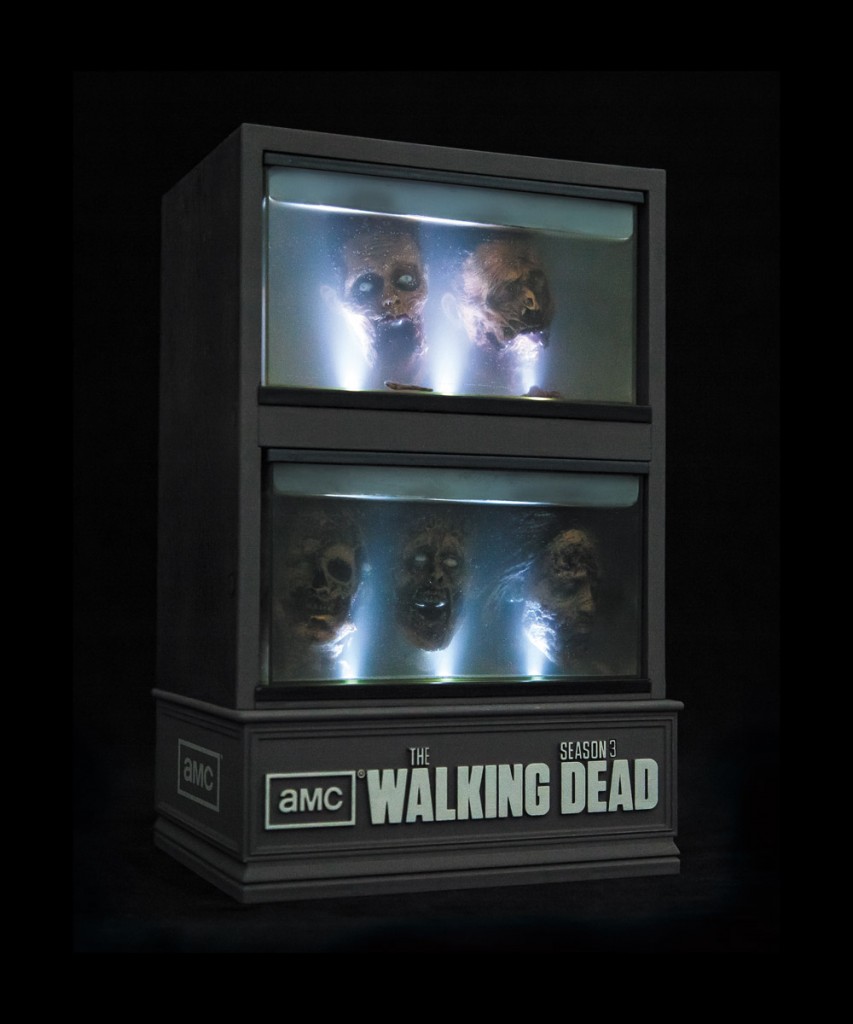 Good news, everyone. AMC, McFarlane Toys, and Anchor Bay unveiled the Limited Edition Blu-Ray Set for the upcoming Season 3 of ‘Walking Dead‘. Much like the Limited Set of Season 2 with the zombie head, the artists and studios decided to go with that same theme, but one up themselves. It looks like this set will feature a replica of The Governor’s aquarium, which is filled with zombie heads.

And yes, they added a feature, which you can actually fill the set with water and it will come with five heads which you can place in any order. Not too mention it can be lit up with  touch of a button. This will be available later this year and don’t forget that ‘Walking Dead’ starts back up this Sunday on AMC.  I can’t wait.

When I got the season 2 Limited Edition blu-ray set, I really hoped they continued with that style. It would have been really cool to have each season a different zombie head.  That would look incredible displayed across the wall. But this seems even better.  I can’t wait to see what it actually looks like in person.