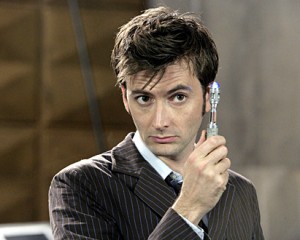 The former Doctor, David Tennant began shooting his new series today called ‘The Escape Artist‘, in which he’ll play the lead Will Burton. The series is a three part legal thriller in which Tennant’s character Burton is an insanely good lawyer who is known for getting tons of people out of tight legal situations as his nickname around town is….you guessed it, ‘The Escape Artist‘.

However, his superb talent backfires on him when he gets a client off for a gruesome and horrific murder trial. This sounds pretty decent, and I’m sure it will be. Tennant hasn’t done anything terrible yet.  He will be seen on BBC America in April with a two-part mini series called ‘Spies of Warsaw‘.  Looking forward to ‘The Escape Artist‘.  How about you?