Christopher Nolan Might Have Just Found His Next Project with ‘Interstellar’!! 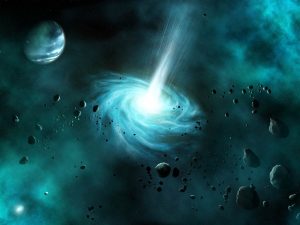 Well, I guess Spielberg won’t be directing ‘Interstellar‘ now.  Since Christopher Nolan’s Batman trilogy his behind him now, it seems he has found his next film.  The movie in question is a mega sci-fi epic titled ‘Interstellar‘, which we hear he is in talks to direct and produce.  The story centers on a group of explorers who travel through a wormhole to other times and dimensions.  At one point, Steven Spielberg was attached to direct, but now it is unknown if he will take on a producer credit only.

The script was written by Jonathan Nolan, Christopher’s brother who also co-wrote the last two Batman films and ‘Prestige‘.  Jonathan also has a ‘story credit’ for Christopher’s first big film ‘Memento‘.  So you know he is a damn good writer, and with the two pairing up, it always equals gold.  The idea is based on a few scientific theories developed by Kip Thorne, a physicist in multiple fields at Caltech.  Hopefully, once the project gets underway, they have him and Neil DeGrasse Tyson serve as consultants.

This coud be the ultimate sci-fi film. Can’t wait to see what happens with this project.  Your thoughts?