Looney Toons Are Returning to the Big Screen!!! 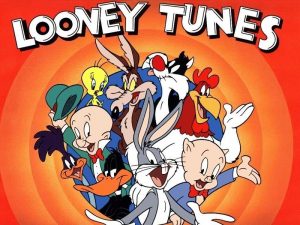 Warner Bros. is prepping a comeback for the Looney Toons on the big screen.  There was a Looney Toons film back in 2003 called ‘Back in Action’, and I guess with the success of the new Looney Toons cartoon series, they will be making another film.  Jenny Slate, the former SNL cast member will write the script which will be an animated/live action film.  You know, just like the last film was.

David Katzenberg and Seth Grahame Smith, who wrote the recent ‘Dark Shadows’ film will be there to produce with producer David Heyman of the ‘Harry Potter’ films.  Those are some fairly big names in the producing world, so it seems people want in on the Looney Toons action.  Let’s just stay away from Brendan Fraser this time.  If you do decide to get him back in action again, let him play his ‘Encino Man’ character.

And, let me just say, if you bring Michael Jordan in for a cameo, I’ll be alright with that.  Let’s do this one right.