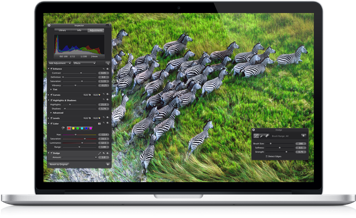 Apple had its keynote today and finally unveiled some much need hardware upgrades, or lack there of as what transpired earlier.  Apple revealed their new line of mac book pros, mac book airs, and their big tower macs.  We also got some new info on the upcoming Mountain Lion OSX.  Are there some cool things?  Yes there is.  Was there anything disappointing?  Very much so.  Some would say that I’m a mac enthusiast.  I might agree with that, however I’ve very critical of them.  Over the past couple of years, Apple, I feel has screwed me over and their customers time and time again.  I believe that trend of screwing customers out of their hard earned money is still ongoing.  Even more so with this new line of supposed upgrades for computers.

Where do we begin.

Let’s start with the Mac Book Air.  We all know the mac book air.  Remember that famous commercial where we see somebody get a brown envelope and pull out a computer to the song, ‘New Soul’ by Yael Naim?  Well, that model got an upgrade.  I’m surprise the mac book airs do well at all, given their only real advantage is them being very thin.  Well the Mac Book Airs will receive new Ivy Bridge processors, up to 2GHz dual-core i7, up to 8GB of 1600MHz memory, and 60% faster graphics.  That’s a significant change.  Also they will have 512GB of Flash storage.  That is 500MBps read speed which is upwards of two times faster than the current model!  See, the flash storage is quieter and faster than the hard drives we currently have.  Also, the upgraded models have USB 3.0, which means faster speed to upload and download.  There is a 720p HD camera which can do facetime as well.  There is an 11 inch model and a 13 inch model.  They start at $999.99.  There are four different options in total.  This is a decent upgrade, but again, I don’t see the need for a mac book air.  They are slightly better than the regular mac books to a certain degree, but not as good as the pro line, and are priced a bit too expensive.

There is another option to mac book Pros now.  You can choose to have the new retina display Mac Book Pros.  They will have up to 2.7GHz quad-core Core i7s and up to 16GB of RAM with Kepler GT 650M graphics.  You’ll be able to get up to 768GB of internal flash storage!  Remember how we talked about how cool the Flash storage is above?  Well, that’s almost a terabyte of Flash storage.  Okay, on the right side there is a  SD, HDMI and USB 3.0. On the left, MagSafe 2, Thunderbolt, USB 3 and a headphone jack.  There’s a glass trackpad, backlit keyboard, 802.11n WiFi, Bluetooth 4.0, FaceTime HD, dual microphones, and stereo speakers. Also, this a significantly thinner and lighter pro than its previous model.  But with these new models, there is no optical or super drive.  But, you can buy one to hook up via USB.  How dumb is that?  Apple really dropped the ball on this.

I really like that there is a HDMI cable and USB 3.0.  But, why get rid of the optical drive?  And why not add a bluray player?  People still use cds and like physical copies of their music, docs, and pictures.  I think it’s terrible that Apple discontinued the optical drive out of their new retina display mac book pros.  And all retina display really does is add more color and clearer picture, which is cool, but not worth a whole conference.

Let’s move on to the new OSX which is Mountain Lion.  Apple is really set on this iCloud, so there are some new ways to share all of your info, pictures, messages, notes from one device to all your devices.  Plus Mountain Lion has built in iCloud support.  There will be dictation for the new OS.  You’ll be able to talk to your computer and it will do what you say.  Basically, anywhere you type, you can say it out loud and it will type it and do what you say.  There will also be a new feature called Power Nap, which when your Mac sleeps, your applications stay up to date, run, and back up.  Also, with Mountain Lion, you will be able to message anyone from your computer to their iphone or iPad.  Facebook and Twitter will be integrated into your apps and new Safari Web browser.  You’ll be able to share your items and pages to your social networks with one click.

That pretty much wraps it all up.  I’m 50/50 on this conference.  There were a lot of cool upgrades, but not enough.  When Apple makes an announcement, I want it to blow me away.  They used to do that a few years ago, but as of the last couple of years, everything has been sub-par.  I really want the new mac book pro with retina display, but I want an optical drive (not an external one).  I also want a bluray player in my laptop.  What gives, Apple?  Mountain Lion sounds good, but I don’ want to have to purchase each OSX to get there.

My suggestion to Apple is to take a year or two and not release any new hardware and then when the time comes, wow us like you did once before.  All these minor updates are meaningless.  You can do better, Apple.  You really can.