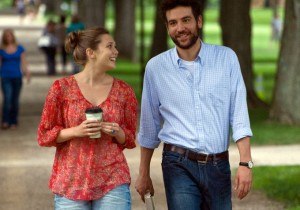 The Dallas International Film Festival opened last night to a large crowd at the Magestic Theater. The red carpet was packed with cameras and Hollywood stars and the audience were hyped up for the opening film, ‘Liberal Arts‘. There were a few introductions, a couple of speakers and a short video presentation on the start and rise of Cinemark Theaters. You could feel the spirit of Dallas and the love of film from everyone.

Lee Papert (President of the Dallas Film Society) opened the sixth annual Dallas Film Festival by emphasizing that film in Dallas was vitally  important not only as art, but as a big business. He received large applause when citing the various examples of how the film industry has grown in North Texas over the past year. It also helps that all the big sponsors of DIFF get mentioned and thanked.

Dallas Mayor Mike Rawlings came on to the stage and shockingly told us that the first film he ever saw was ‘Romeo and Juliet’ when he was a senior in high school. He said, “I learned about Shakespeare and topless women in one night.” Huge laughs ensued. He then said that he first fell in love with film when he went to college and learned about Fellini and Bergman. He stated how important it was to grow and make Dallas a hub for film production and said, “I’m a business man by heart, and we can make money by doing film in Dallas.  We must lobby in Texas to make sure we’re competitive with these second tier states around us.” This got a big laugh, but I couldn’t help think to myself, “Wow, huge slam on our neighboring states out of no where.”  But it was clear that Mayor Rawlings was Dallas’s biggest cheerleader. And his comments were quintessential Texas since we all know we are bigger-and-thus-better. I joke, because I love.

The sixth annual Dallas International Film Festival is dedicated to Lee Roy Mitchell, who is the founder of Cinemark Theatres. Mr. Mitchell sat in the audience while they played a 10-15 minute featurette that documented the start and rise of the Cinemark Theater movie chain. It was great to see how Cinemark started as a couple of small theatres and grew into the powerhouse that it is today. It was also wonderful to hear that Lee Roy planned his holiday shopping for his kids based on how well Elvis Presley films did each year.

Then, Claude Dal Farra (producer of the opening film) came on stage all the way from France and introduced the film. He was charming and told a great story on how and why he decided to produce ‘Liberal Arts‘. Supposedly, Dal Farra had to be persuaded by the Director to make a light-hearted film. He originally wanted something more dark. It was a great introduction and then it was finally on to the main event (The premiere screening of ‘Liberal Arts’. Review coming soon).

In the end, the opening night of the Dallas International Film Festival was a moving experience that dissuaded any fears one might have that Dallas wasn’t an “art” town. Instead, there was a buzz of energy in the room that made one realize that Dallas was on the verge of greatness, and we were there to witness its first few steps.