‘Arthur and Lancelot’ May Ride Again For Warner Bros.!!! 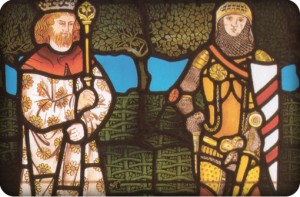 Warner Bros. and David Dobkin’s ‘Arthur & Lancelot’ is once again back on the table to finally be made into a film.  Warner Bros. really wants Colin Farrell to play Lancelot and I hear that Farrell wants the job as well.  No word yet on Arthur, but I expect a big name.  The last time this project was on the table, Gary Oldman was approached to play Merlin, but it didn’t work out.  I imagine now, that things are back in motion, he will be called again for the role.

Last summer, Warner paid upwards of $2 million for Dobkin’s script and the film wanted a $130 million budget which was quite a bit more than Warner wanted to spend.  Then, Dobkin shopped his script around to other studios, but there were no takers according to Deadline.  Warner Bros. at once set a date for release for March of 2013 for the film and had cast Kit Harington (Game of Thrones) to play Arthur and Joel Kinnaman (Girl with the Dragon Tattoo) to play Lancelot.  Now Kinnaman will be the main star of the remake of ‘Robocop’.  So who know where everyone will fit in to this.  There is still a lot of work and negotiations to get done.

But Dobkin’s script is more of a contemporary re-visualized telling of the tale, but Warner is banking on it and has been wanting to tell the story for quite some time.