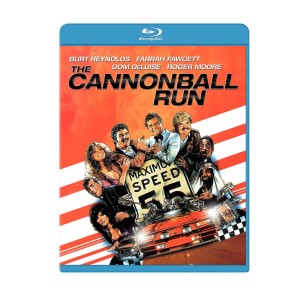 ‘Cannonball Run’ is most certainly an acquired taste.  Much like a fine scotch.  It’s not for everyone.  If you’re a fan of those late 70’s early 80’s silly goofball comedies, than ‘Cannonball Run’  is the movie for you.  However, if you aren’t, then this movie will be like nails on a chalkboard.  I will say that it has an amazing cast with the likes of; Burt Reynolds, Farrah Fawcett, Dom Deluise, Roger Moore, Dean Martin, Sammy Davis Jr., Jackie Chan, Adrienne Barbeau, and Jamie Farr to name a few.  This i movie is a lot of fun if you’re into this sort of thing, and my guess is that like myself, you have seen this over a dozen times.  ‘Cannonball Run’  is a zany film to have fun with.

Where to begin with this insane amusement fest?  There are just so many demented characters an over the top plot lines, that if I went through all of them, we’d be here till tomorrow. But let me say this.  How often do you get to see Dean Martin and Sammy Davis Jr. dress as priests who drive a Ferrari.  Also, the whole Roger Moore character still makes me laugh to this day which he plays pretty much James Bond, but goes by Seymour Goldfarb Jr., and if that isn’t enough, every time he is on screen, the famous Bond music plays in the background.  Then you have the very hot female actresses all dressed in spandex teasing us with their curves.  Then there is the Burt Reynolds gang which includes Burt, Deluise, and a topless Farrah Fawcett.   The film is based on an actual race called the Cannonball Baker Sea-To-Shining-Sea Memorial Trophy Dash.   ‘Cannonball Run’ tells the story of a cross-country road race with the racers using and driving any vehicle they can get into and drive. They must start on the East coast and drive as fast as they can to the West coast.  Whoever has the shortest time wins.  If you are a fan of Norm Macdonald doing his Burt Reynolds impression, then this is definitely the movie Norm watched to perfect his impression.  This is a fun cartoony, insane, and overall fun ride with a stellar cast who look like they all had fun for a few days with each other.  If you are into Burt Reynolds, sily screwball movies, or car racing, then you will love this film. 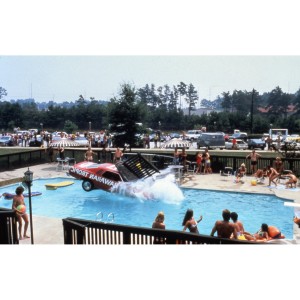 For a film that is more than 30 years old, ‘Cannonball Run’ looks amazing.  HBO did one heck of a job restoring this.  I was very surprised on how good it looked.  Of course there is some edge enhancement here and there.  Also the film gets a bit softer as time goes.  But let me say the detail and tones are amazing.  All the cars shine vibrantly and the hair on Burt Reynolds’ body is crisp and clear.  There was no artifacting or scratches that I noticed.  I was wholly surprised and impressed on how good this video presentation looked.  The audio came with a DTS-HD 5.1 mix, but it certainly sounds much less than that.  I was unimpressed by this sound transfer.  Although it says 5.1, most of the action happens on the front and center speaker.  Yeah, you will hear the cars zoom past you and crowds cheering on the rear speakers, but it sounds synthetic.  The dialogue at time comes across as soft and underwhelming and the action car sequences didn’t pack the punch I thought.  The audio could have been better. 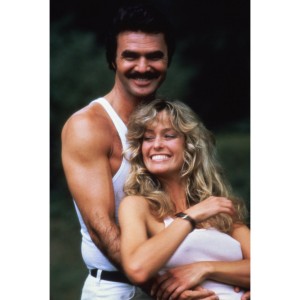 Audio Commentary – The only extra is this commentary and it was carried over from the DVD.  It has director Hal Needham and producer Albert Ruddy talking about how they filmed the scenes and how they came to cast this insane group of entertainers and actors.  And who knew that they did compete in the real Cannonball race?  What a great story.

You already have made your decision if you are getting this movie or not.  I will say that this is the best ‘Cannonball Run’ has ever looked.  HBO did a really good job on the video presentation but seemed to drop the ball with the audio.  I would have hoped for a new commentary or more extras, but that commentary is a lot of fun.  If the movie is under $10, I say get it.