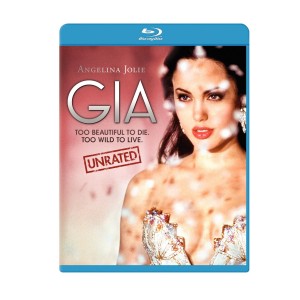 I can’t believe ‘Gia’ is almost 15 years old.  Angelina Jolie plays to perfection real life Gia Carangi, a girl next door type who works at her family’s diner and then virtually over night is whisked away to become an international super model.  The movie is very solid, due to Jolie’s performance.  This is a story you have heard many times sadly, and HBO brings us this true story in high def.  Jolie’s performance definitely carries this movie.

Like I said above, this is the biopic of supermodel Gia Carangi.  Gia was a girl who became one of the world’s first well known super model.  This pretty much happened over night.  With all this newly acclaimed fame and power, Gia is quickly introduced into drugs.  Things spiral out of control for Gia, ultimately ending in her demise.  Such a tragic story.  One we all know that still happens today to very talented people.  The film is told through interviews from people who knew Gia, then we flashback to Jolie playing Gia in those particular stories.  Jolie plays Gia to perfection.  She really does carry this movie and makes it worth watching.  And yes, there are nude sex scenes with Jolie.  This is always a plus to men and women alike.  I really enjoyed the whole relationship with Gia and her lover Linda.  It felt real and also tragic.  Even though Gia seemed to find love, she couldn’t kick her heroine habit thus resulting in HIV which eventually killed her at a young age.  This is not a perfect movie, but Jolie is excellent in this and should be seen.  I enjoyed this.  And yes, this is an unrated version, but I do not know what was added from the original. 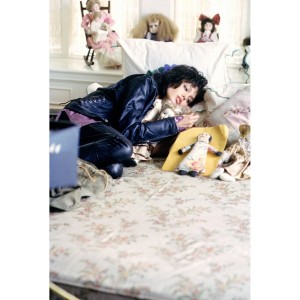 The video has a glorious 1080p transfer with a 1.78:1 aspect ratio.  This is a difference from the DVD release which was 1.33:1.  Great difference as there is much more picture to be seen.  Every thing looks greater.  There is quite a bit of grain persistent throughout the film, especially in darker sequences.  And when the interview scenes are on the screen, it seems that the whole image changes, as if they used different cameras.  Colors seem bright though, but a bit muted here and there.  The detail and tones are amazing though.  There are some pretty graphic scenes involving drugs where the detail sticks out.  That all said, this is the best the film has ever looked.  The audio has a DTS-HD 5.1 mix and is dialogue heavy.  The dialogue is crisp and clear without any hissing.  The jazzy score sounds good and does well on the speakers.  The ambient sounds come across evenly and nicely through all the speakers.  Very nice and well done audio mix for this film specifically. 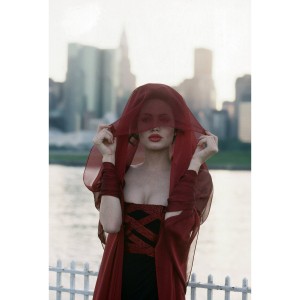 Sadly, there are no extras.

It’s hard to recommend this film, because it is subject matter we have all seen before.  Plus it is not really a feel good movie.  But Jolie is amazing in this. If there is a reason to purchase this movie, then Jolie is it.  It is that remarkable.  The audio and video are pretty good, better than average, but there are no extras.  What’s up with that HBO?  Thank goodness, this is a cheap price, but I’d wait for it to be shown on television or rent it.