Writers of ‘Zombieland’ Taking Hollywood by Storm with J.J. Abrams!!! 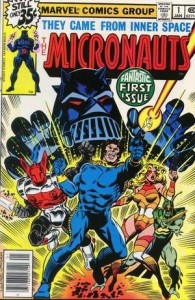 Hasbro has just gotten in bed with J.J. Abrams and Paramount for Micronauts, a film based on the successful toys (or I assume they’re successful, as a movie is in the works. I’ve never heard of them.) The film will be written by Paul Wernick and Rhett Reese, the scribes that brought you Zombieland, which at least gives us a giggle.

Also in the works by these writers is a second G.I. Joe, subtitled Retaliation. Why, the world will never know. However, Bruce Willis and Dwayne Johnson are attached to the project, along with the returning cast.

The same writers are giving us Deadpool, starring the unsinkable Ryan Reynolds. After his Green Lantern mediocrity, it will be nice to see him playing a character that we know he can pull off. After all, we’ve seen it. He was a great Wade Wilson.

Last and possibly least (depending on how G.I. Joe goes) is an adaptation of the graphic novel Cowboy Ninja Viking, which will be made by Disney. This could be either really good or really bad. We shall see.