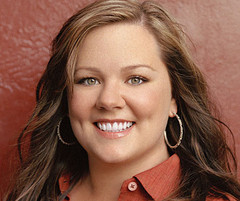 Melissa McCarthy’s new comedy Tammy is in the works. A raunchy road-trip flick, the film centers around an overweight woman who can’t catch a break. She gets fired from Hardee’s, discovers that her husband is having an affair, and then decides to go on a road trip.

It sounded like a good idea up until that last part. Old people doing gross things just isn’t funny anymore. Alan Arkin did it best in Little Miss Sunshine, and then it was over. The bar’s just set too high.

However, there’s to be a bittersweet feel as well.

“It’s about these two women who are not where they thought they would be, and then they kind of band together,” says McCarthy. That’s also lovely, but it’s no Thelma and Louise. That was brilliance; this just sounds like another road trip movie gone horribly wrong.

Maybe I’m being too harsh. It could be really funny and sweet. It’s probably too early to compare it to other movies with the same themes.