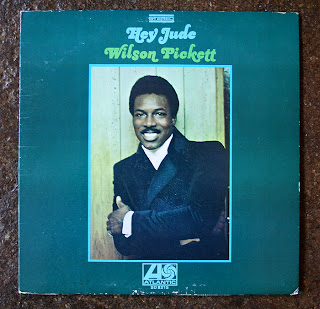 Despite being a hardcore ‘Beatles’ enthusiast, and perhaps a bit of a purist, too, I’m always morbidly curious to hear a Beatles cover from time to time. Some are good, some are bad, and some are just downright awful. Surprisingly, Wilson Pickett’s version of “Hey Jude” has some teeth to it, a version I certainly don’t mind owning in my record collection.

“Hey Jude” marks Pickett’s 9th studio album, though is not full of Beatles covers as one might think. In fact, it’s just the one song, however the track has an identity all its own, only in a badass way Pickett can give; commanding, soulful and honestly manly. Makes me sort of wish there were a few more Beatles cover songs to further pique my curiosity. Not only does Pickett’s vocal delivery of “Hey Jude” have some balls to it, guitarist Duane Allman (yes, THAT Duane Allman) puts the icing on the cake, as it were, with his own embellishments from the fret board, once again making me depressed that I don’t play guitar myself. This performance is one for the books. As a matter of fact, rumor has it that it was Allman’s guitar work on the single “Hey Jude” that inspired Eric Clapton to meet Allman, and thus formed their partnership in Derek & The Dominos. 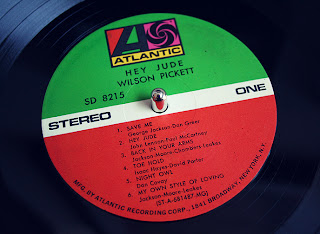 Like with any Wilson Pickett album from his Atlantic catalog, “Hey Jude” is also rife with some other stand-out gems, like the Issac Hayes penned “Toe Hold”, the album opener “Save Me” as well as another equally bizarre but fascinating cover of Steppenwolf’s “Born To Be Wild.”

Of course, Pickett wouldn’t be much of a soul man if it weren’t for his equally impressive Muscle Shoals backing band, who really is the engine, gas and dynamite of Pickett’s ferocious howl and growl. The Rolling Stones claim “it’s the singer, not the song,” but I’m willing to wage some money on that idea after hearing additional selections from Pickett’s more obscure catalog. Pickett’s backing band alone will put that theory to rest. 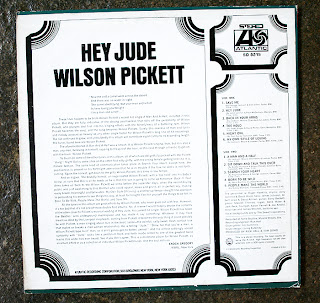 I don’t think for a single second that Wilson Pickett himself ever had trouble getting the ladies, especially after playing this record over and over. Though Pickett all together is on a different plane of blues and soul than the likes of Otis Redding, Al Green or Sam Cooke. Pickett is a bit more commanding, perhaps with a touch of vocal brute force, though his appeal is none-the-less diminished. Pickett definitely grabs your attention and never lets go, and does so with a bit of excitement not found in most R&B and soul music.

“Hey Jude” on the whole is another bold burst of high energy from one of music’s great performers, something that seems to be beyond the reach of musicians and performers today. For those who complain ‘they don’t make music like this anymore,’ perhaps you should give a copy to those who are making the music today. Those kids could learn a thing or two from the man that breathed heavy life into the lungs of “Mustang Sally.”