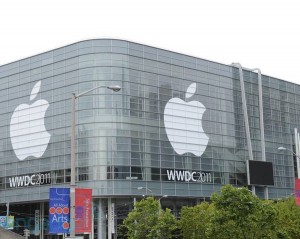 Today was Apple’s WWDC 2011 conference and convention.  Steve Jobs took to the stage at noon central time and talked about three new products from Apple.  All of which were software.  No new hardware was mentioned today at the conference.  But what was talked about and unveiled was the new OSX Lion which is the new operating system for Apple computers.  The previous version was Snow Leopard.  Also the new iOS5 which is basically the new operating system for Apple’s mobile devices.  And the much anticipated iCloud program which basically will replace Apple’s less than thrilling Mobile-Me service.

Surprisingly, not a bad conference considering their few past events.  Yeah I know it is always cool to see and hear about new hardware, but software can be just as cool, and it’s with the software in which the big technology and future comes into play.

So the new OSX Lion.  We were told it will have 250 new features, but only covered about ten of those features.  They include: 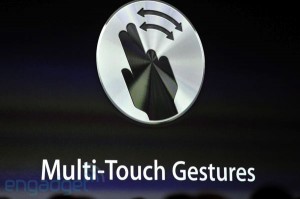 The multi touch gesture system.  This is pretty much incorporated into all recent and new macbooks in which you can zoom in and out, go forward or backwards, turn documents or images in upside-down or in any direction by moving your fingertips on the trackpad.  “….all with an incredible, physical realism that’s never been possible in a PC operating system before.” 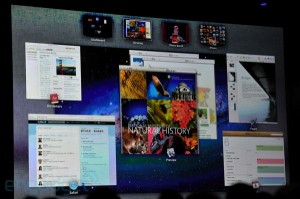 Full Screen Applications which means with several of your applications such as Numbers, Pages, iMovie will go into Full Screen with a button in the top right hand of the screen.  You can swipe on your track pad to go through different full screen apps.

The Apple Mac App-Store.  The have integrated the App-Store into the OSX Lion system now.  So there will be a program now on your computer where you can go in without going to the internet and purchase and download Apps.  Push notifications is also added to this.

LaunchPad.  By making a pinch gesture with your finger tips on your track pad, you will bring all of your apps and programs to front in a grid like form.  Much like your iPhone but for your computer.  Good if you are looking for something that is hidden.

Resume.  This program lets you resume right where you left off in any app or program when you close it.  “Windows, selections, tools, even highlighted text are just the way you left them.”  This works for everything.

Auto Save.  “The one time you might forget to save what you’re doing, something goes wrong… Why can’t the computer help you? That’s what Lion does.”  “Lion will automatically save the document for you without you having to do anything.”

Air Drop.  “Phil says this is a replacement for Sneakernet: i.e. using a thumb drive and running it over to a friend. Peer-to-peer sharing.”  “There’s nothing to set-up. It’s auto-discover, auto-set-up.”  So basically, a wi-fi version of sharing from person to person.

New Mail Program.  “Two or three-column view, snippets on the left, and a favorites bar to get to your hottest folders.”  “With searching now we have new search suggestions. Mail recognizes whether that’s a person or a subject… select one it becomes a search token.” You can then create rules based on these searches.  So basically what is new and improved with this new mail system, is that you can search by anything and make a much more concise search for what email you are looking for. 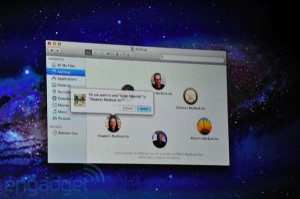 “Other things: there’s a Windows Migration assistant, FileVault 2, FaceTime is built in, Lion Server add-on (apps you can purchase to run on top of Lion)…”

In the past, you would have to purchase a physical CD for $129.99 to install the new OSX.  But for this new OSX Lion, you can download it for only $29.99.  Huge price decrease.  And much more accessible.  It will be available in July.

Now let us move onto the mobile devise iOS5.  Which means a new operating system for your phones and other mobile devices.

First up in the new update is Notifications.  “We’re looking at the current notifications, the annoying pop-ups that have been “massively popular.” More than 100 billion have been pushed so far!”  “We have built something that solves some of the current problems.” “The modal alerts are annoying when you’re playing a game, or watching a video — maybe you’re really into the latest 30 Rock episode.  Notification Center aggregates all the notifications. It’s accessed by swiping down from the top.”  So basically while you are playing a game, watching a movie, or looking at something on the internet; when you get a text or incoming call; instead of your program turning off and going to the text or call, a very tiny pop up will show up and tell you about the call or text and you can keep playing or watch what you were doing. 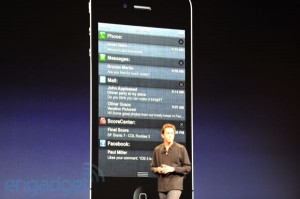 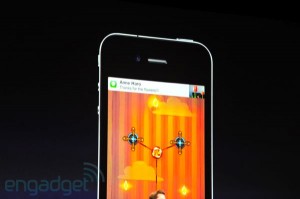 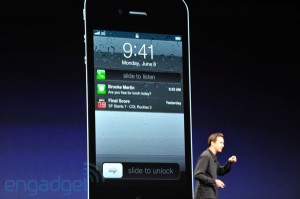 Newsstand.  Now you can get subscriptions to any magazine or newspaper daily, weekly, and monthly.  It is in the iBooks program.  They will be automatically downloaded when new issues are available. 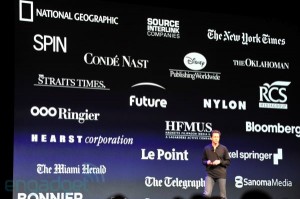 Safari Web Engine.  The new safari will allow you to mail the contents of a story or article and not just the link to the article with the click of a button.  Also  It will have an option called reading list which basically saves your stories in a tab so you can read stories later if you don;t have time right away.

Reminders.  This is basically a very in depth “to-do” list.  You can create lists for parties, groceries, and pretty much anything you want.  This synchs with all programs across the board if yo are so inclined to send to your email or iCal. 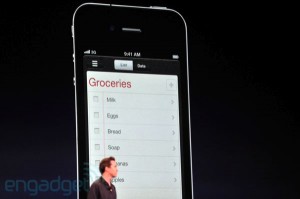 Camera Updates.  Now you can use the volume button to zoom in or take pictures, instead of tapping the screen.  Also there will be a tiny edit feature which will allow you to crop, rotate, red eye, and enhance your image.

Mail Updates.  Now you can add font and size to you mobile emails.  Also a built in dictionary which can be used for Mail and all other apps.  Plus flagging messages and S/MIME will be added.  Tap a word, tap “Define” in the popup, and you’re in a dictionary. Scott didn’t know what a lychee fruit is, apparently. Doesn’t know what he’s missing out on.  Also you can now spit your touch screen keyboard. 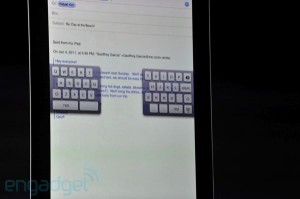 PC-FREE.  You do not have to hook up your mobile device to a computer to get updates or set up anything anymore.  It can all be done on the mobile device itself now.

Game Center.  You can play games with friend and check scores with your friends all in one program for your games.

iMessage.  The new text message program allows you to push notifications to all your mobile devices and computers.  Looks to be a two column set up.

The new iOS5 will be available this Fall for all mobile devices starting with the iPhone 3GS. and up.

Now for the new iCloud.  This will be replacing the $99.00 annual fee of Mobile-Me.  Good news is that it will be free.  With iCLoud you will be able to share anything and everything with any of your Apple products and with others too.  Even documents created  in Pages and Numbers.  Not to mention photos, videos, movies, and music.

Now for iTunes Match.  Basically a software will scan your iTunes and download any songs you have that you downloaded or bought at a music store other than iTunes.  If they do not match they will be automatically up converted to a higher quality.  So basically you will have an extensive iTunes collection for having previously owned music.  This service will cost $24.99 a year which is a lot less than Amazon and other companies.  It will always be $24.99 no matter if you have 10 songs or 1 million songs.

Well that was the WWDC 2011 event.  Lots of updates and lots of new software.  I am very skeptical on a software that searches your hard drive though.  Not sure I will be using that service.  But overall a decent conference.  Lion looks good as well as the new mobile OS.  Good job Apple.  It has been a while since you did something good.  Keep it up.

Thanks to Engadget for live up to date coverage.