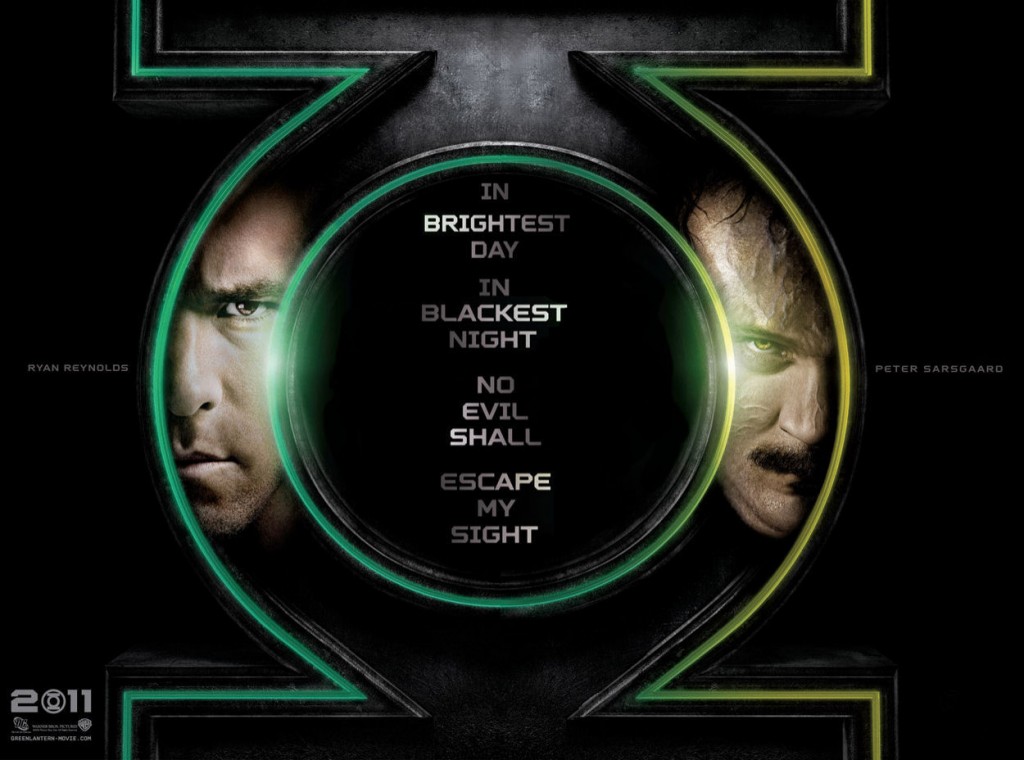 I know it’s a little late to the party, but better late than never right?  I am actually glad I am chiming in on ‘Green Lantern’ after it has been out for a while.  It seems that most critics are ripping ‘Green Lantern’ a new asshole.  A lot of negativity is surrounding this film.  I get why most of the people are upset, but not to this extent.  Now when I watched the first couple of trailer fort his film, I couldn’t believe what my eyes saw.  It looked horrible and was not what I read in the script at all.  Whoever cut that trailer should not be allowed to work anymore.  But then that big theatrical trailer came out, and all seemed right with the world.  I was excited for Green Lantern and couldn’t wait to see it.  The film works.  Yes it has a bit of fat around the edges, but it is a solid film and most of all, it is entertaining and fun.

The best thing about this film is Ryan Reynolds.  Plain and simple.  He was the best choice for Hal Jordan.  He put his heart and soul into this role and it shows.  He gives his performance effortlessly and flawlessly.  He works as the charming and funny Hal Jordan and kicks ass as the Green Lantern in every way.  You believe every moment of it.  The first half hour of ‘Green Lantern’ is AMAZING.  It has everything going for it.  The origin story, the ‘Green Lantern’ planet and training, and the villain introduction.  After the half hour mark is where the so called “fat” comes into play.  But it never takes away from the film, it is just toned down and irrelevant.  But it is very entertaining and not once was I bored or thought the film itself was terrible.  On the contrary, it is quite good. 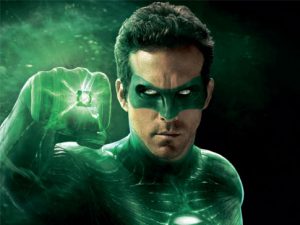 Now that isn’t the say the film is perfect.  By no means is it perfect.  It’s not.  There are problems everywhere.  Is this the ultimate ‘Green Lantern’ film?? No.  Is it a good jumping off point for sequels?? Yes.  What it seemed like to me is that they had a good premise, but not enough story to tae it where it really needed to go and we got all of this conflict without really a purpose or flow.  Stuff just happens for no rhyme or reason.  Most of all, I just think it was rushed a bit.  I really think the first film could have been just all origin.  The training  on the ‘Green Lantern’ planet with no real imminent threat on Earth.  Director Martin Campbell who directed the recent ‘Casino Royale’ Bond film made ‘Green Lantern’ and I think he wanted as much action as he could get into the first film.  I think it would have been a better film if he had Hal Jordan just focus on his confidence and fear rather than all the epic superhero stuff.  I think if they stuck with that, they could have made the film much cheaper than the 200 million dollar budget they had and it would have been a lot better.  That being said, it is cool to see ‘Green Lantern’ in action, but it seemed that it blew its wad prematurely.

I only hope that if they decide to make a sequel, they will bring it to a higher level and slow it down a bit.  I can’t wait for this film to hit blu-ray.  It’s going to be epic in hi-def.  ‘Green Lantern’ was hell of a fun ride and Ryan Reynolds is golden in it.  He carries this film all the way.  I think ‘Green Lantern’ is worth seeing and I think you will enjoy it, but let’s focus on a better and more developed story for next time.