Bryan Learns ‘The Art Of Getting By’!!! (A Review) 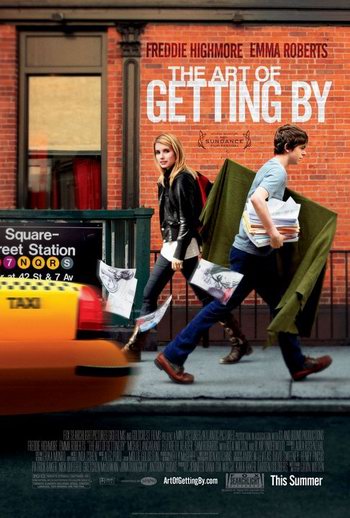 I really enjoyed this little gem of a film.  This is the film Woody Allen would have made in his teen years.  ‘The Art Of Getting By’ is a coming of age movie at heart, but it has more soul and likability than most other films than it will compare to.  This is in part by its actors and director.  The director is Gavin Wiesen which this film is his first feature film and if this is to show us what he is capable of, then we can expect great things from this guy in the future.  Put him on your radar.  The film stars Freddie Highmore who is a teenager now.  He has grown up from the kid actor from ‘Finding Neverland’ and Tim Burton’s ‘Charlie and the Chocolate Factory’.  He plays a classic Woody Allen character who is a witty and likable smart ass and is in a constant state of mind of “what’s the point?  we are all going to die.  why do anything?”  Classic Woody Allen. 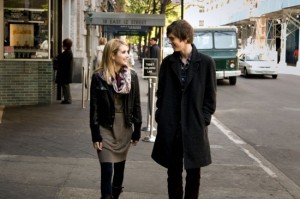 So ‘The Art Of Getting By’ takes place in New York and follows George, a high school senior who has little interest in school, but is epically talented at drawing and painting.  In all of his classes he never does his assignments or homework and when asked about it from his teachers he charmingly says that its irrelevant and its all going to end anyway.  But there is something to George that everyone is drawn to.  He could be the most intelligent person in the school, and teachers and luckily for George, the principal thinks this too and is constantly giving George advice and more chances than the norm to see him succeed.

So one day George decides to skip school yet again and sees a girl in his class smoking on school property.  A teacher catches wind of the smoke and George quickly diverts the teacher to his attention and thus getting the girl who he seemingly likes off free of trouble.  This sets up a chain reaction of an awkward teen relationship.   Both come from fucked up families and this sort of bonds them together in a way that is sweet, yet almost tragic.

What makes this movie are the scenes particularly with Freddie Highmore and Emma Roberts.  Since the two are in this friend or more than friend relationship, they are constantly trying to figure out how they really feel about each other and how to convey their feelings to one another.  The movie tends to go in a sadder and darker direction at times, but never really gets there, because I think one theme of the film is that there is always hope and love.  I really feel like this film is like ‘Annie Hall’ in teenage form.  ‘The Art Of Getting By’ is beautifully told and hopefully catches on with this younger generation.  See this movie.  Small cameos out of nowhere include Rita Wilson, Alicia Silverstone, and Blair Underwood.  Highly recommended.