Get A $20 Gift Card To Amazon When You Purchase L.A. Noir Video Game Through Us!!! 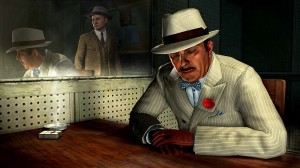 If you haven’t already purchased the video game ‘L.A. Noir’ by Rockstar Games, get it here and get a $20.00 gift card to Amazon.  Pretty sweet deal.  Rockstar Games is responsible for creating the Grand Theft Auto series and Red Dead Redemption.

L.A. Noire is a gritty, single player detective game set on the infamous streets and in the smoke-filled back rooms of postwar Los Angeles. Designed and developed with a nod to the classic film noire movie genre, L.A. Noire blends crystal clear graphics that bring the iconic look and feel of the era to life, with a combination of innovative technology and unique gameplay that allow you to solve crimes through interrogations and investigation. Additional features include: five LAPD based crime desks to work, the ability to analyze the case as well as suspects for clues, an accurate block-by-block recreation of eight sq miles of 1947 Los Angeles, multiple difficulty settings and more.

Amid the postwar boom of Hollywood’s Golden Age, newly minted detective Cole Phelps is thrown headfirst into a city drowning in violence and corruption. Utilizing groundbreaking new technology that captures an actor’s facial performance in astonishing detail, L.A. Noire is a violent crime thriller that blends breathtaking action with true detective work to deliver an unprecedented interactive experience. Interrogate witnesses, search for clues and chase down suspects as you struggle to find the truth in a city where everyone has something to hide. 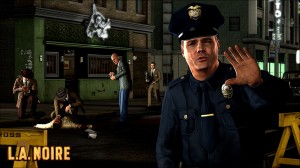 Against an overarching plot of violence and betrayal, L.A. Noire challenges players to solve a series of self-contained cases as they work their way through the ranks of the LAPD. Each case features a distinct storyline with a beginning, middle and end, and each successfully solved case brings new challenges and leads Cole closer to the true story at the dark heart of the Los Angeles criminal underworld. 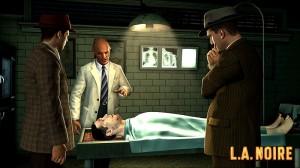 About the Credit!!! “Order L.A. Noire and receive a $20 promotional credit toward the purchase of items shipped and sold by Amazon.com (certain exclusions apply, including Kindle books, MP3s, and video rentals and downloads). The promotional code will be placed directly into your Amazon.com account within 2 business days after the product ships. Offer valid when shipped and sold by Amazon.com. Limit one per household. Amazon reserves the right to change or terminate this promotion at any time.”