The Columbine Shootings To Become A Stage Play!!! 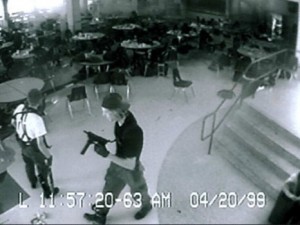 I am very curious to see how this plays out.  Producers Kathy Kennedy and Frank Marshall, who have a very long extensive list of huge blockbuster films under their belts, have optioned ‘Columbine’ for the stage.  The book ‘Columbine’ was written in 2009 by journalist Dave Cullen.

The book which the play will be based on is a detailed look at the massacre that happened at Columbine High School in April of 1999 in Colorado where two students when on a shooting rampage and killed over a dozen classmates and eventually killing themselves.  Scott Z. Burns is writing the stage screenplay.  Burns wrote The Bourne Ultimatum script.  It looks like this will be starting in the Fall and will cover specifically the murders in the school library.

Pretty tense and scary subject matter for a Broadway play.  It will be interesting to see how this plays out..