Bryan’s Bluray/DVD Picks for the Last Week of February!!! 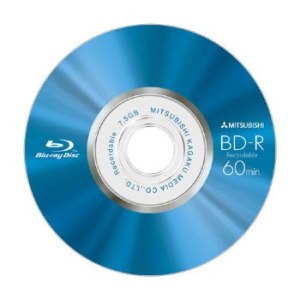 Some great releases this week for the last week of February.  Both new and classic titles.  It is always so great watching the classic titles in hi-def.  It’s like watching it for the first time again.  As usual, you will get some info about the disc and the extras that come with the movie as well as a personal opinion about the movie and a link to purchase the film over at AMAZON where you can save quite a bit of money, and it will give a small percentage kick back to this site so we can continue bringing you excellent stories and sales.

I am very glad to have this on hi-def, but it was kind of a let down.  The transfer is not where I wanted it to be.  Don’t get me wrong, it is definitely a step up from the past releases, but it just doesn’t have a whole lot of quality of a transfer.  Also there is only a theatrical trailer for an extra.  I am hoping a fre a double feature bluray with tons of extras at some point, but till then this will have to do.  Eddie Murphy and Nick Nolte are brilliant in this film.  It has the perfect mash up between gritty violence, soul, chemistry, and comedy.  Love having this on bluray.

We have written about this movie before and I was so excited for this.  This adaptation of the comic was so amazing.  Get the comics HERE.  Everything was done right here.  If you buy from this link on this site, you will ge the exclusive movie with a litho art cell from the film.  Pretty awesome.  This story just kicks all sorts of ass.   Fueled by hatred and jealousy, Lex Luthor masterminds an elaborate plot to kill the Man of Steel – and it works. Poisoned by solar radiation, Superman is dying. With weeks to live, he fulfills his life’s dreams – especially revealing his true identity to Lois Lane – until Luthor proclaims his ultimate plan to control the world with no alien hero to stop him. Powers fading, Superman engages in a spectacular deadly battle with Luthor that could truly trigger the end of Earth’s Greatest Protector. This startling and gripping DC Universe Animated Original Movie stars the voice talents of James Denton, Anthony LaPaglia, Christina Hendricks and Ed Asner.

Now you know you have read about this movie on this site.  Read HERE.  This is what a fun night with friends and getting drunk is all about.  MST3K and Rifftrax kill for films like this to heckle.  Love love this film.  So much fun and hilarious on all levels.  A platoon of eagle & vultures attack the residence of a small town. Many people died. It’s not known what caused the flying menace to attack. Two people managed to fight back, but will they survive Birdemic?

Another film by Old School and Hangover director Todd Phillips.  This is a hilarious tale of a man trying to get home to see his kid born.  This is not my favorite Todd Phillips film, but I love it none the less.  It is hard to compete with Old School and Hangover.  Robert Downey and Galafianakis have great chemistry together, and I would love to see more films with them.  When the plot and actions go from “whoa” to holy shit insane, is where the movie gets gut bustingly hilarious.  This is a great release and definitely a film to add to your comedy section.

– Due Date Too Many Questions Mash-up: What makes Ethan the most annoying guy with whom you could ever be stuck in a car?

An excellent addition to the Criterion family.   British director Andrea Arnold won the Cannes Jury Prize for the searing and invigorating Fish Tank, about a fifteen-year-old girl, Mia (electrifying newcomer Katie Jarvis), who lives with her mother and sister in the depressed housing projects of Essex. Mia’s adolescent conflicts and emerging sexuality reach boiling points when her mother’s new boyfriend (a lethally attractive Michael Fassbender) enters the picture. In her young career, Arnold has already proven herself to be a master of social realism (evoking the work of Mike Leigh and Ken Loach), investing her sympathetic portraits of dead-end lives with a poetic, earthy sensibility all her own. Fish Tank heralds the official arrival of a major new filmmaker.

This film somehow surpassed me in the theatres but man what a cast and what a film.  Robert Duvall and Bill Murray.  Umm Yes Pleas.  Academy Award® winner Robert Duvall(1984, Best Actor, Tender Mercies) is Felix Bush, the “Hermit of Caleb County,” a man so haunted by his secrets that he has lived in quiet desolation in the Tennessee backwoods for over 40 years. Realizing that he is near his own mortality, Bush decides to have a “living funeral party,” inviting people to tell their stories about him. Enlisting the help of Frank Quinn(Golden Globe® winner Bill Murray, 2004, Best Actor in a Motion Picture – Musical or Comedy, Lost in Translation) and Buddy Robinson(Lucas Black, Legion), Bush goes through a process of self-discovery, allowing him to deal with his past secrets, including ones involving old flame(and new widow) Mattie(Academy Award®winner Sissy Spacek, 1980, Best Actress, Coal Miner’s Daughter).

Oh one of my childhood movies once again gets the bluray treatment.  I loved this film.  Still do.  If you have a kid that loves Lord of the Rings or Harry Potter, then show them this exquisite animated classic movie.  They will love it as you did.  Great transfers and extras on this release.  In this whimsical, animated film, a lone unicorn seeks out others like herself through a mystical land of talking cats and spellbinding magicians. Based on the book by Peter S. Beagle, this story has captivated the hearts of fans – young and old from around the globe. In her search for other unicorns, the last unicorn encounters a cast of delightful characters as well as dangers she never imagined. Throughout the fantastic adventure, she learns of friendship, love and most importantly her true self. Discover the magic that has kept this tale a treasured classic. Featuring the voices of Jeff Bridges, Mia Farrow and Angela Lansbury, the story brings forth the power of friendship, the beauty of love and the pain of regret. Interlaced with songs and ethereal imagery, The Last Unicorn will reignite the hearts of its fans and entrance all who enter.

I can’t believe it has been more than ten  years already.  Damn.  I loved this movie then, and I love it now still.  I just want more Guy Pearce films.  He is a badass.  This is the film that shot Inception and Batman director Christopher Nolan to stardom.  There are no fancy effects or flashy filmmaking here.  Just superb and perfect storytelling and acting all around.  This release looks and sounds perfect and is packed with extras.

One hot and sexy film to add to the criterion family.  This lush, Technicolor tragic romance from Luchino Visconti stars Alida Valli as a nineteenth-century Italian countess who, amid the Austrian occupation of her country, puts her marriage and political principles on the line by engaging in a torrid affair with a dashing Austrian lieutenant, played by Farley Granger. Gilded with fearless performances, ornate costumes and sets, and a rich classical soundtrack, Visconti’s operatic melodrama is an extraordinary evocation of reckless emotions and deranged lust from one of the cinema’s great sensualists.

One hell of a film to add to the criterion family about a couple of assholes played by Burt Lancaster and Tony Curtis.  They play gossip peddlers to ruin lives.  This gives PR people a bad name.  It is such a great movie though.  In Alexander Mackendrick’s swift, cynical Sweet Smell of Success, Burt Lancaster stars as barbaric Broadway gossip columnist J. J. Hunsecker, and Tony Curtis as Sidney Falco, the unprincipled press agent he ropes into smearing the up-and-coming jazz musician romancing his beloved sister.

Everyone’s favorite family, The Botwin’s are on the run.  This is such a great tv show and andy is the perfect character.  I love where this show is going.  Cannot wait till the next season.  Showtime has picked a winner.  Get all the episodes of Season 6 of Weeds in this release plus tons of extras.

Technically this does not come out till the 25th, but it will fall under this column.  Not my favorite animated film, but not bad either.  Dreamworks did a great job with  this and will surely entertain most of you.  Jonah Hill’s character is by far the best in the movie.  He is worth picking up this set for.  It is dowright hilarious and fucked up.  Looks amazing in high def.  This is ripped straight from the origins of Superman.

The documentary of a black cowboy show that came to New York in 1972.  Woody Strode and Muhammad Ali are in theis documentary.  It is truly a joy to watch this.  In 1972 Harlem, a Black Cowboy show rides into Randall’s Island, NY to perform in front of a large crowd of enthralled spectators. This critically acclaimed 1972 documentary captures that show, as well as one-on-one interviews with the rodeo performers themselves and various members of the audience. Muhammad Ali himself is also on hand, clowning his way around the crowd and the cowboys, having a great time with all. The film also features an extended discussion by actor Woody Strode (‘SPARTACUS,’ ‘KINGDOM OF THE SPIDERS’) about the long-suppressed history of the Black Cowboy. Directed by Jeff Kanew (‘EDDIE MACON’S RUN,’ ‘GOTCHA,’ ‘REVENGE OF THE NERDS,’ ‘NATURAL ENEMIES’), this rarely seen documentary received cricital acclaim in 1972, but has not been seen since – until now! ‘BLACK RODEO’ has finally
returned. Saddle up!

That is all for this week.  Stay tuned for some AWESOME release for the first week of March.  Spring Time is near!!!