Guess Who Will Play The Younger William Adama in the Battlestar Galactica Prequel Series, “Blood and Chrome”??? 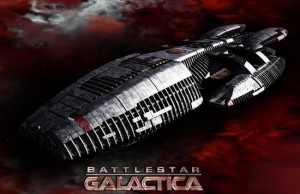 Sy-Fy has cast its William “Husker” Adama role for their upcoming series “Blood and Chrome” which is a prequel to Battlestar Galactica.  In this show William Adama will be in his 20’s and fighting in one of the cylon wars.  The twenty something version of Adama will be played by Luke Pasqualino.

Luke is best known as Freddie from the original “Skins” series from England. 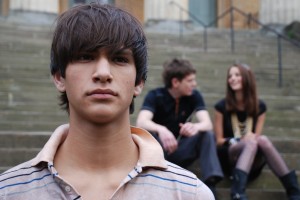 “Pasqualino will star as the young, talented fighter pilot William Adama, a recent Academy graduate who finds himself assigned to the newest Battlestar in the Colonial fleet: the Galactica. Full of ambition and in pursuit of the intense action that the Cylon war promises, Adama quickly finds himself at odds with Coker (Cotton), the battle-weary officer to whom he reports. With 45 days left in his tour of duty, Coker desires an end to battle just as much as Adama craves the start of it. Though they clash at first, the two men forge an unlikely bond when a routine mission turns dangerous and becomes a pivotal one for the desperate fleet.”