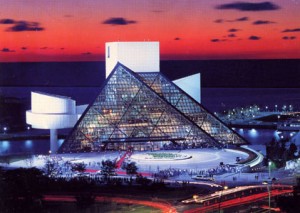 Ladies and Gents, your 2011 Rock n Roll Hall of Fame nominees are first-timers Tom Waits, Bon Jovi, Alice Cooper, Donovan, and Neil Diamond (Jewish Elvis), along with previously snubbed artists Beastie Boys, LL Cool J, J. Geils Band, Donna Summer, Chic, Dr. John, Laura Nyro, Joe Tex, Darlene Love, and Chuck Willis. (Via Rolling Stone) In order to be eligible, an artist must have put out his or her first recording in 1985 or before. And since Tom Waits put out his debut single in 1973, that means it took him 12 years to be nominated. Tom Waits is my favorite musician…. well Tom and Michael Jackson.

The lucky few who get enough votes from industry insiders to make it into the Hall this year will be announced in December. The induction ceremony is set to take place March 14 in New York City.