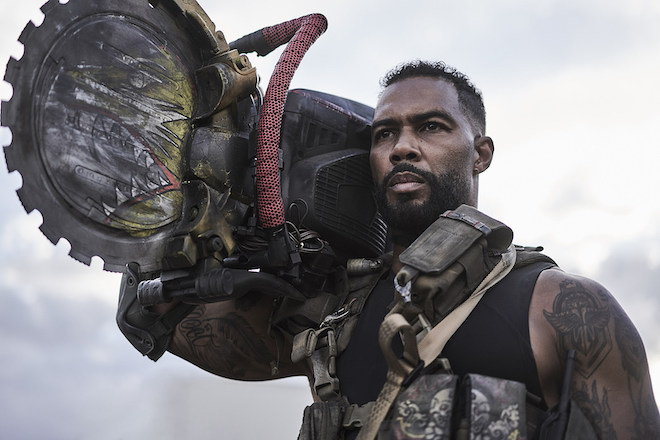 “Army of the Dead is the longest, goriest, and most self-indulgent zombie movie in recent memory, but don’t take that as a criticism. “

Years ago Zack Snyder directed the underrated horror remake Dawn of the Dead which has aged into being one of the better films on his IMDB page. With a solid zombie movie already under his belt, many viewers will be surprised to learn that this movie is not related to his Dawn of the Dead remake in any way, shape, or form. This zombie outbreak has links to government testing at Area 51 and an unfortunate car accident that unleashes that test subject on the highway outside of Las Vegas. After this brief setup, audiences are treated to an opening credits montage of the zombie outbreak that rivals Watchmen’s opening for song choice and awesome imagery that sets the tone for this ridiculous adventure. By the time the screen says “Directed by Zack Snyder” the city of Las Vegas is a quarantine zone.

Our hero is Scott (Dave Bautista) who is approached by a Mr. Bly (Scorpion himself Hiroyuki Sanada) with a mission to crack a safe in a Vegas casino and retrieve $200 million before the United States drops a nuclear bomb on Vegas. Scott puts together a team of complete zombie bait to help him on this mission and before they leave Mr. Bly’s security assistant, played by Garret Dillahunt, informs the team he will be joining. As the team gains access to the quarantined city through Scott’s daughter it is discovered that a small group of women from the refugee center outside of Vegas didn’t return from a raid to take money out of slot machines. Of course, this development means that Scott will be taking his estranged daughter into a city overrun with zombies because of “reasons”.

What follows is both entertaining and sometimes very weird. There are inventive action sequences where Snyder’s love of slow-motion is utilized to the peak of indulgence as headshots and gore are given as much care and love as a wedding video. What gets weird is Snyder, who has a writing credit, gives the zombies some sense of personality, ability, and society that is never explored in any satisfying manner but plays a rather large role in how the mission plays out. To make this deliberate choice is a perfect encapsulation of Zack Snyder. It gives something a surface-level sense of depth with no payoff or explanation but allows the director to have something look cool on-screen whether it’s a costume or the way a zombie variant moves. There is nothing below the surface. Everything in this movie is just an excuse to try and make something look cool. 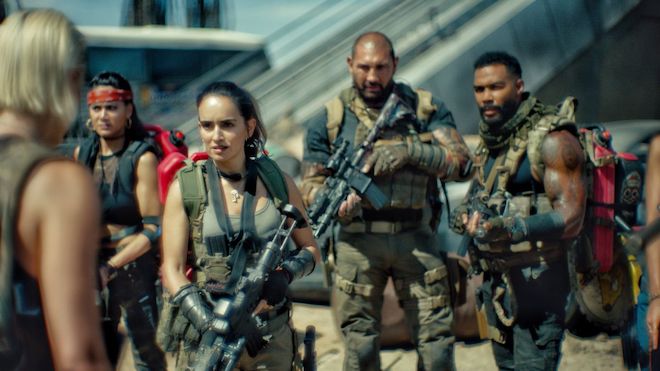 Dave Bautista shines as the hero and seems destined to continue his journey as our large muscular tough guy in the same vein as Schwartzenegger and Stallone from the late 80s. But Bautista also shows humanity and emotion that Arnold has never shown and that Stallone never captured until Creed. Bautista’s acting talents are wasted in Army of the Dead when used for the D-plot of his relationship with his estranged daughter but his ability as an action hero kicking zombie ass is used to perfection and that’s all that really matters here.

Army of the Dead is exactly what you want it to be. It can be long. It can be loud. It can be fun. It can be violent. It can be dumb. But most of all it is mindless fun. There are 100s of zombies shot, there are needle drops, there is a ticking clock, and there are subplots worth ignoring. What more do we expect from a Zack Snyder movie at this point? He gave us everything he always does, every single thing he can cram on screen. For better or worse. 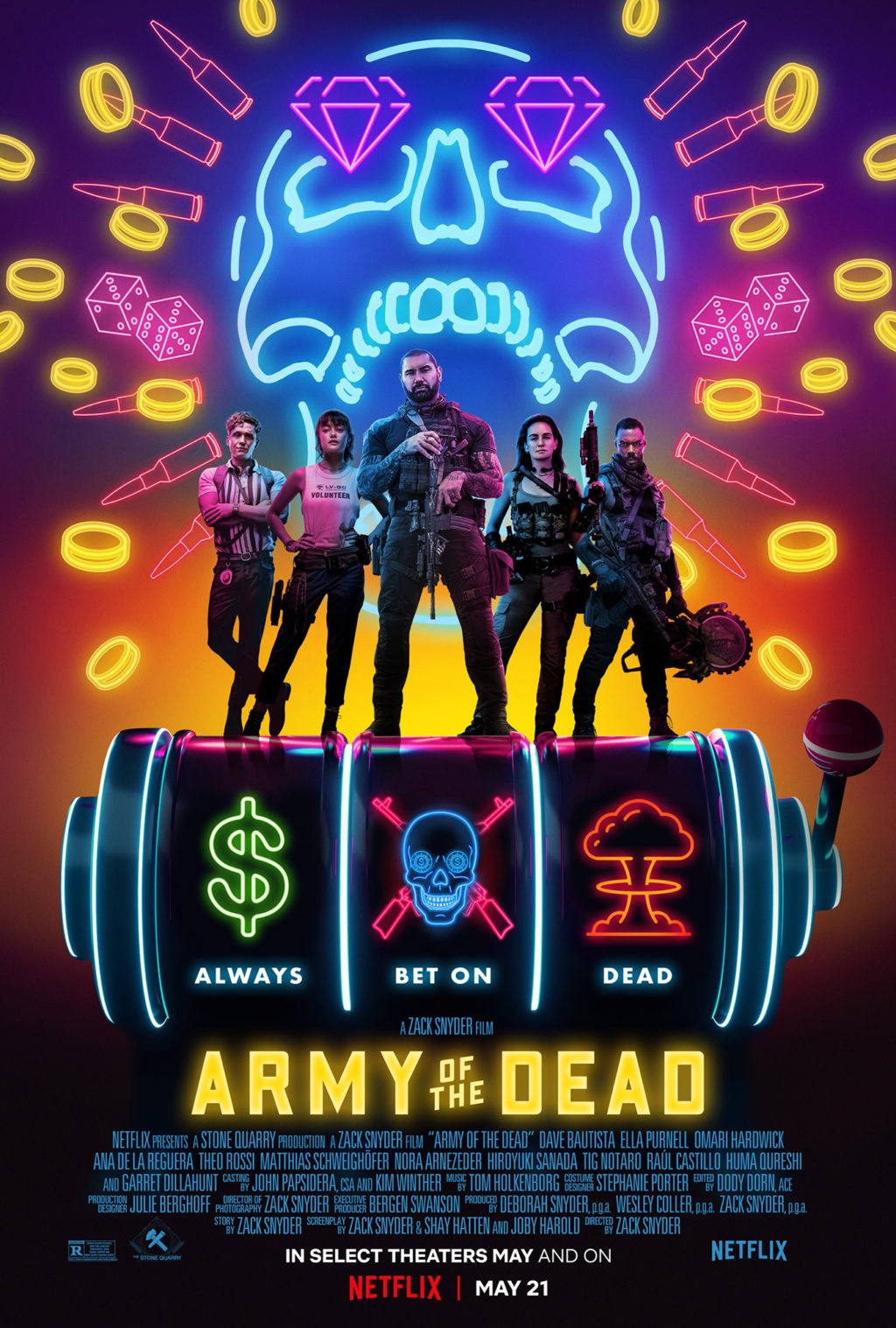