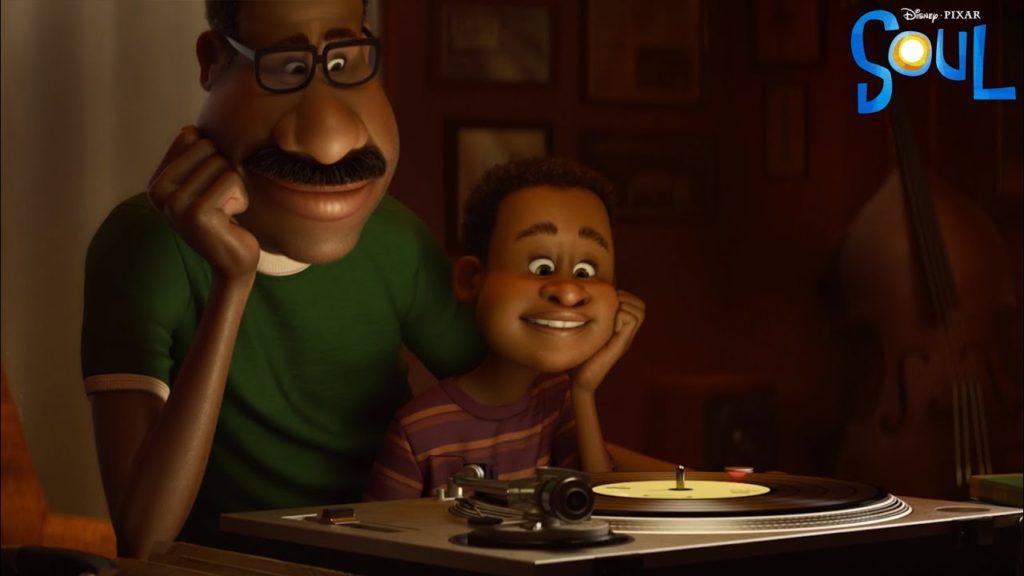 “Soul, is Pixar’s most ambitious, poignant, and wonderful collage of humor, sadness, and straight-up wackiness that somehow manages to meld together into one of their best films to date.”

Since 1995, Pixar has been the leading movie studio that consistently churns out top-of-the-line animation, delivers iconic characters, and provides funny, important, and heartbreaking stories while being critically and financially successful. They’re far from flawless as Cars 2, Cars 3, and The Good Dinosaur didn’t exactly stick their landing for either trying to push toy sales or try something different – but for each failed attempt, there are a handful of Pixar movies that completely knock it out of the park. Pixar has a remarkable formula that somehow manages to stay fresh and original, tickling that funny bone and conjuring up ugly cries with almost every film, whether it be Coco, Up, or Wall-E. Their themes and tone can be consumed by adults and kids alike, never playing it down to any age or background. Pixar’s newest film – Soul, is their most ambitious, poignant, and wonderful collage of humor, sadness, and straight-up wackiness that somehow manages to meld together into one of their best films to date.

Soul is directed by Pete Doctor and co-directed by Kemp Powers. The former made Inside Out and Up for Pixar, two very emotional films that tackle some truly sad material, but never-the-less the ins and outs of life growing up, getting older, and more. Their screenplay equally tells a fantastic tale with many genre elements that seamlessly and easily tells a complex story on multiple planes of existence while still having a good sense of humor and sense of wonder of what it’s like in the beyond with some psychedelic animation in tow. Not only that, the film is centered in the African American culture that features a great diverse voice cast and gives a great look inside the cultural hub of a black man living in NYC, pursuing his dream in the Jazz world that brings about the musical and spiritual nature of a human rather than a racial one.

Soul follows Joe Gardner (Jamie Foxx) who makes ends meet as a part-time middle-school band teacher, where he enlightens and inspires the kids about music, jazz, and playing instruments. He’s really wonderful at this job. This particular day, the principal offers Joe a full-time gig, teaching the kids with full salary and benefits, but he also lands an audition with the famous jazz saxophonist Dorothea Williams (Angela Basset) – something he’s been wanting to a part of for many years. He can’t do both. After some good news from Dorothea, Joe’s life almost stands still as he’s so overwhelmed with joy that he seems untouchable. He avoids being hit by cars, slipping on banana peels, being hit by falling debris from skyscrapers until he slips and falls into an uncovered sewer hole, which puts him into a state of consciousness that is neither really living nor dead at the moment.

Joe is then transformed from a tall lanky man into a small greenish-blue blob with eyes and his own eyeglasses on his way up an escalator with other blobs or souls until they’re eaten up by a large white light. Joe has no intention of going out early and manages to escape to the Great Before, an interdimensional plane where brand new souls are helped in picking their personality traits and skills before they are sent to Earth to inhabit a newborn human. Joe is then given a mission by a celestial being that looks like a beautiful 2D Picasso painting named Jerry (Alice Braga and Richard Ayoade) to look after an unborn soul called 22 (voiced by Tina Fey). 22 is rebellious, mischievous, and hasn’t been able to be placed with a human in many many years due to her lack of inspiration to do anything. Joe must help her ignite that fire to send her on that journey to Earth. The caveat is that she has no intention of doing so, but when a mishap occurs, the two are sent back to Earth in a body-swap comedy of hilarious proportions that involved a feline.

This might seem too complex and puzzling, but the writers and filmmakers at Pixar have made this labyrinth of the story very accessible and easy to follow for all ages. There’s nothing preachy or overly done with such difficult subjects like loss and death, but it’s rather told in a very elegant and true manner. There really isn’t a complete villain in the movie either, at least in the usual sense, but rather focuses on life and being inspired by Joe, who wants to live each day to the fullest. It’s a magnificent piece of writing for sure. 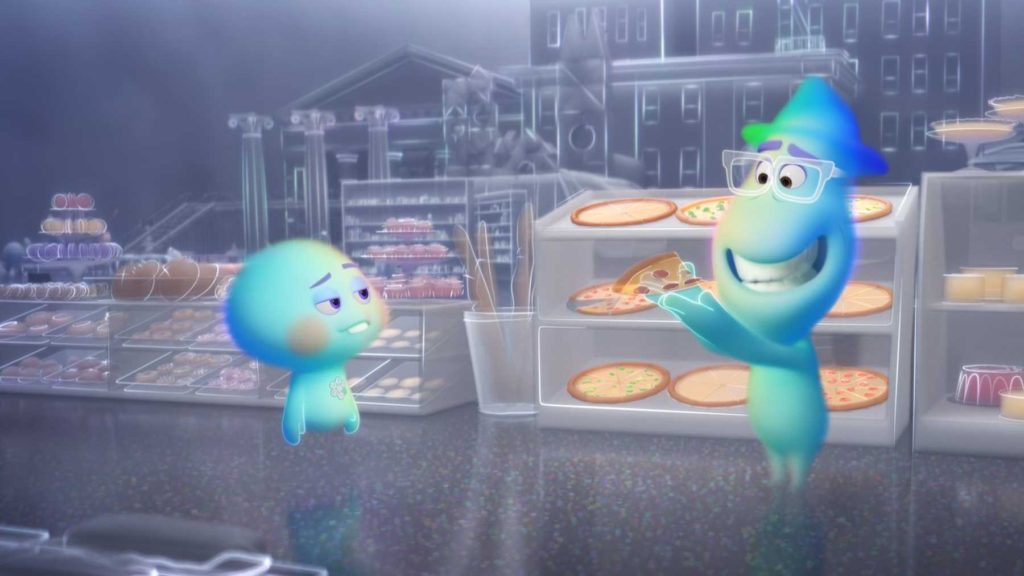 The actors do an incredible job with their voice acting which all seems natural, but the music also plays a big character in the film too. And it’s not just to enhance a plot or action sequence or upgrade the emotions, but it rather flows freely through the film and brings on new profound life and existence to the characters themselves. It’s the absolute best soundtrack Pixar has done so far. Additionally, this is one of the best looking animated films to date, as it takes on many different visual pallets from the serene and peaceful pastel and otherworldly neutral colors of The Great Before to the natural and vibrant landscape of NYC that simply pops off the screen. It’s a magnificent wonder to look at that is awe-inspiring. The use of animated lights through each world and plane is simply phenomenal.

Soul is a one-of-a-kind movie and is that one Pixar film that gets released every decade or so that tops the rest. This is one of the best films of the year and is an important look into some of life and death. It would’ve been amazing to see this on on the iMAX screen, but Disney+ will be the place to view this and it’s a MUST-SEE.

WATCH SOUL ON DISNEY PLUS