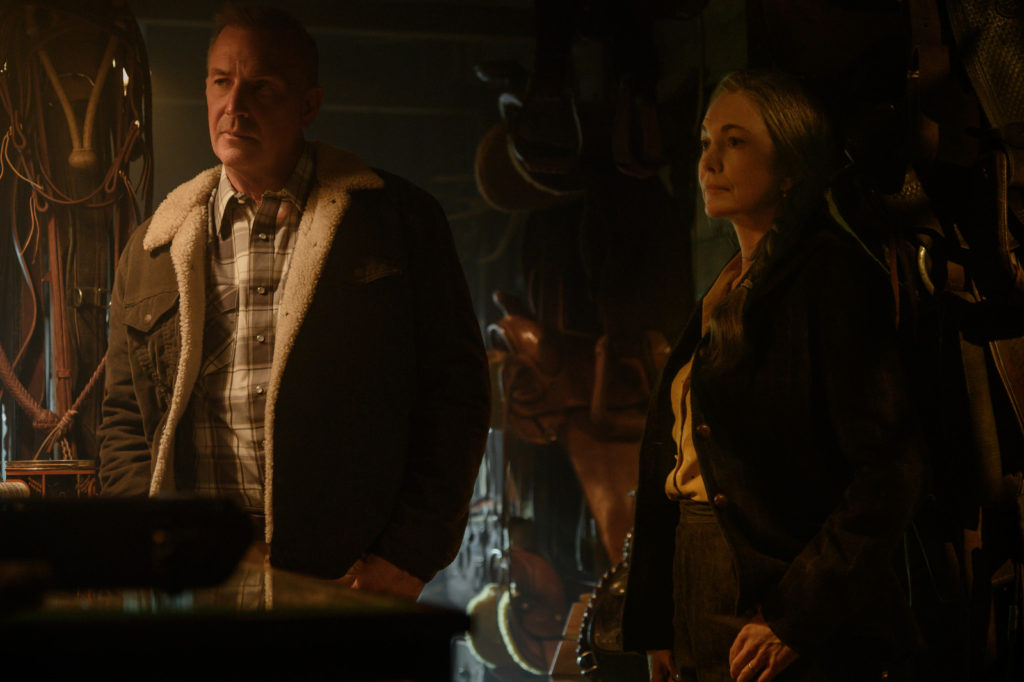 “Let Him Go is a superb film that will catch everyone off guard. “

Mixing movie genres can prove quite difficult for many film directors in the movie world with not setting a specific tone that drives the point of the film across in a cohesive manner. Thomas Bezucha’s new film Let Him Go does in fact switch genres from a family-drama early on to a chaotic, violent thriller of a necessary couple of vigilantes, that is based on the book of the same name from 2013 by Larry Watson. This is a beautiful looking movie set in the early 60s with some dynamite performances by everyone involved and a killer script. 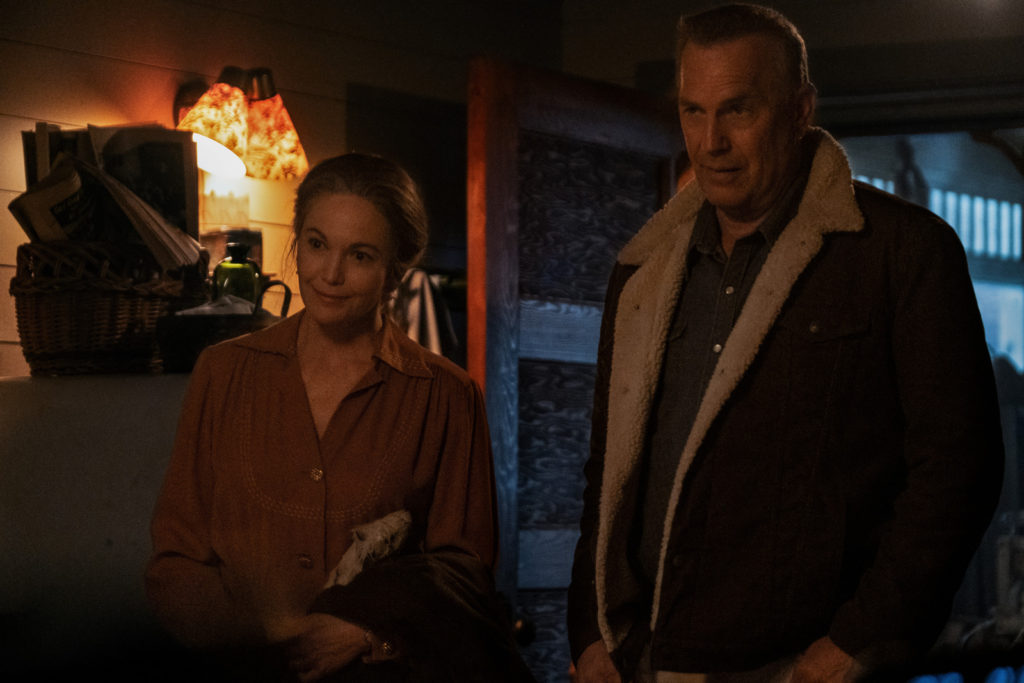 The film follows married couple George and Margaret Blackledge (Kevin Costner and Diane Lane respectively), who was last seen together taking care of Kal-El (Superman) in Man of Steel, but are now once again living a quiet life in the heartland countryside, running a farm. The tragic death of their son leaves an unguarded wife Lorna (Kayli Carter) and their baby boy behind in severe grief that explores some real emotions and some elements that people might deal with when a loved one suddenly passes away. A few years later, the Blackledges still visit their son’s widow and their grandson who is now a walking-talking cute toddler but is about to marry Donnie Weboy (Will Britain from Everybody Wants Some) in a small courthouse wedding that seems awkward and one-sided.

Soon after that, Margaret witness Donnie beating both Lorna and her grandson in public. The next day, Lorna, Donnie, and the kid leave town without telling anyone, prompting the Blackledges to seek out and find them – at least to say goodbye. Donnie ends up back at his family house in the middle of nowhere, led by his sadistically abusive and sinsiter mother Blanche (Lesley Manville), who has cultivated a group of uneducated and dumb, but strong and vicious sons who obey her every command. When George and Margaret have an ominous surprise dinner with their new in-laws, they immediately know it will all end in violent carnage and blood. 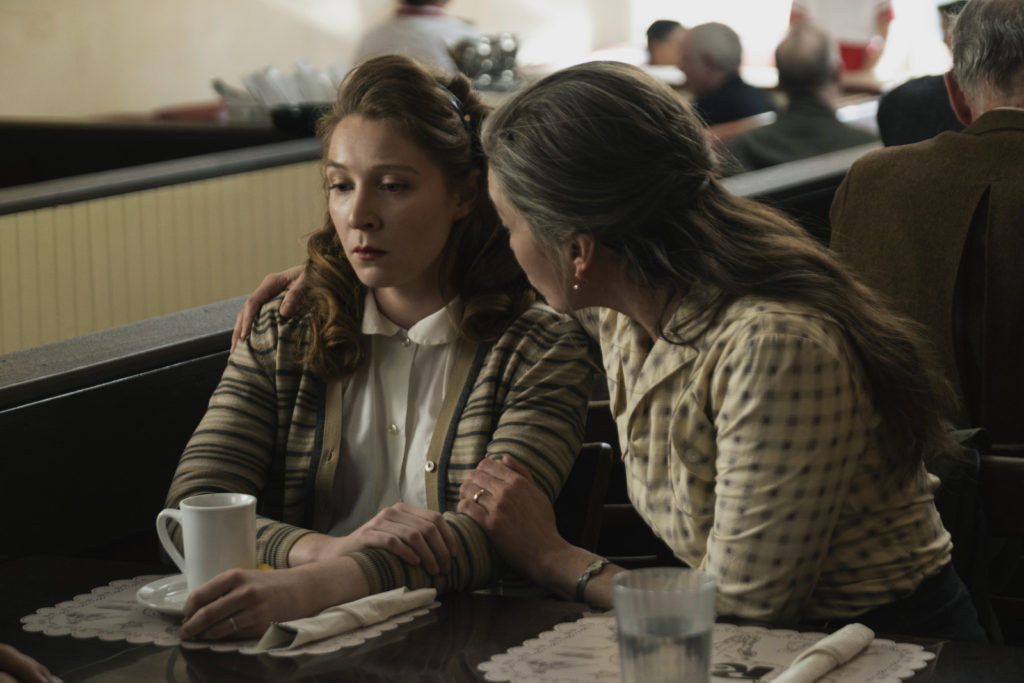 Let Him Go is a true western at its core both in its characters and setting where the title has multiple forms of symbolism and meaning as the movie progresses. The film burns at a slow yet suspenseful pace until it doesn’t and chops its way into the bloody genre arena. This transition usually topples a movie onto itself, but here, it seems real and justified with the perfect amount of violence and gore. This is possible by the nuanced performances from Costner and Lane and with Bezucha’s adaptation from page to screen. The addition of a young Native-American man with a tragic past and who crosses paths with the Blackledge couple almost seems like the making of a superhero trio that could have been downright laughable, but in the instance of Let Him Go, it’s wonderfully cinematic and earned. 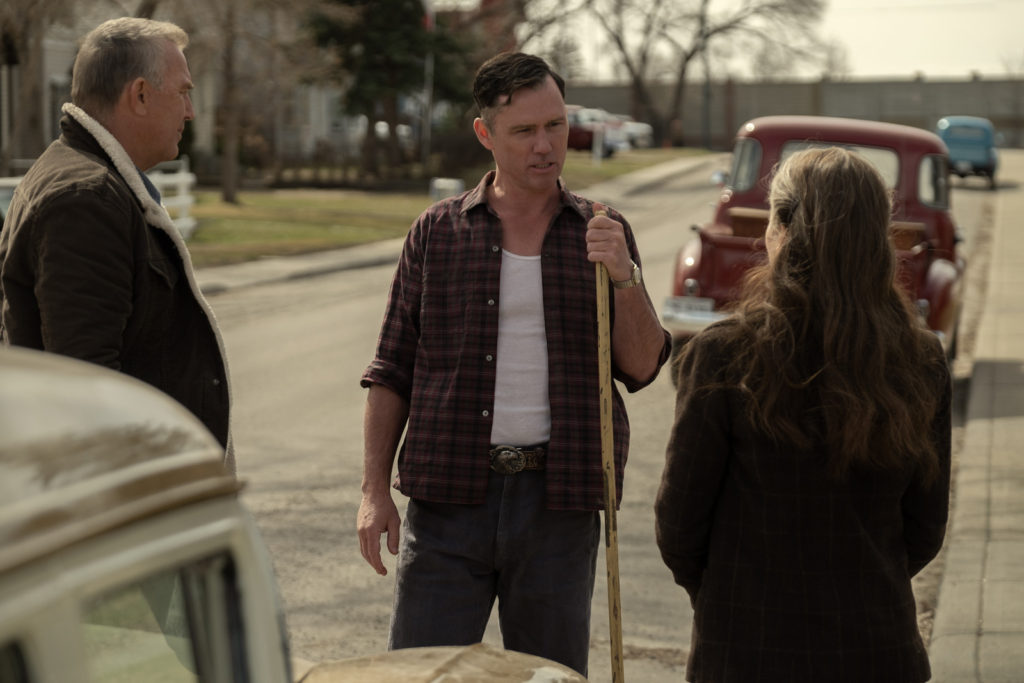 One of the best moments of suspense comes in the form of that dinner scene mentioned above which plays out like a highly-intense meeting of a mafia don who doesn’t enjoy their guests at the table, where at any minute blood could be shed over the pork chops. It’s a remarkable sequence that transforms the family drama film into a whirlwind of utter chaos and violence. Michael Giacchino’s score is a great homage to western films of the past with some fairly dramatic elements that keep the situations standing on end. Let Him Go is a superb film that will catch everyone off guard.